The Dibbuk box is a wine cabinet that is supposedly haunted by a dibbuk. If you’re wondering what a dibbuk is, it’s a restless, malicious spirit that is believed to be able to haunt or posseses the living. The Dibbuk box gained fame after it was put on eBay, along with a story of its sinister past. Apparently, The Dibbuk box once belonged to a holocaust survivor before it was given to Kevin Mannis. Upon opening the box, strange things began to happen.

Mannis had intense nightmares that he shared with everyone else who had been in possession of the box, or were near the box. His mother even suffered a stroke the same day he gave the box to her as a present, and a strange smells kept coming from the box. The next owners of the box claimed that they started developing health problems, and that the box caused lights to burn out in their houses. The last owner of the box took it to a Rabbi who had it resealed and then hid it in a secret location.

In the 1950’s, the “Crying Boy,” (the painting above) was a mass-produced print in the British Isles. However, in the 1980s, the cursed painting gained some media attention for an altogether different reason.

A story ran that said that there had been several house fires. In all of these fires was the painting of the “Crying Boy,” and in all of them, the painting was the only item in the house that was left unscathed. After the story ran, the media went crazy, saying that if you owned the picture, you should get rid of it immediately, and even offered to perform a mass bonfire burning to lift the curse. 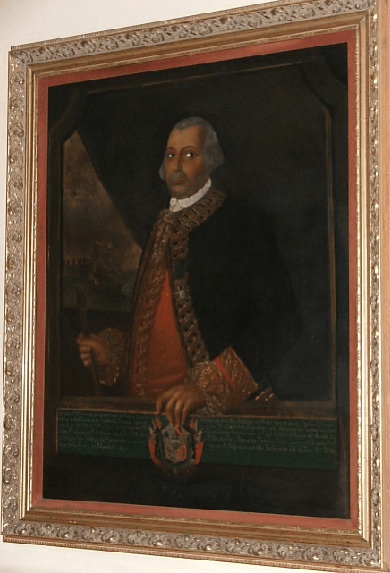 The Hands Resist Him 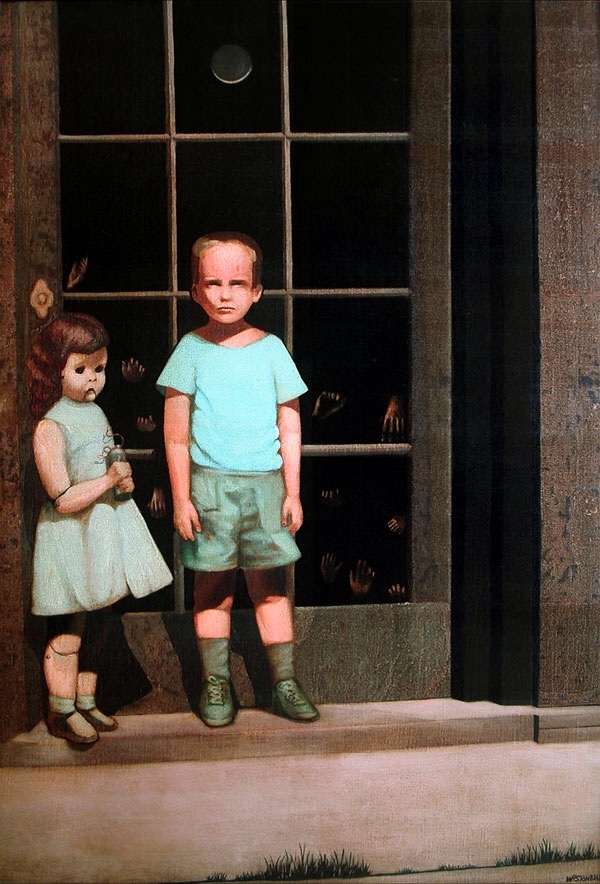 Bill Stoneham’s “The Hands Resist Him,” a.k.a. the “eBay Haunted Painting” is one of the world’s most haunted works of art.

“The Hands Resist Him” features a boy and creepy doll standing in front of a glass paneled door. Stoneham created the painting in 1972, and The Godfather actor John Marley purchased it a few years later. A couple in California eventually acquired the painting and put on eBay in February 2000. Though the painting is creepy, the story behind it is even more so.

According to the couple, the figures in the painting moved around at night and even left the canvas altogether. However, the boy and doll didn’t simply disappear from view. They entered the room in which the painting was displayed. It seems the artwork’s curse didn’t just affect the owners. People who viewed the painting online reported feeling sick and faint. Some people claimed their children ran away screaming after seeing “The Hands Resist Him,” while others claimed to be gripped by an unseen entity. One person tried to print a downloaded image of the painting, but their brand new printer refused to cooperate.

An art gallery in Grand Rapids, MI purchased the painting for just over $1,000 and eventually tracked down Bill Stoneham. The artist was surprised by the haunting stories, but did note that the gallery owner who displayed the “The Hands Resist Him,” and the art critic who reviewed it, both died within a year of viewing the painting. Stoneham has since painted two sequel works, “Resistance at the Threshold” and “Threshold of Revolution.”