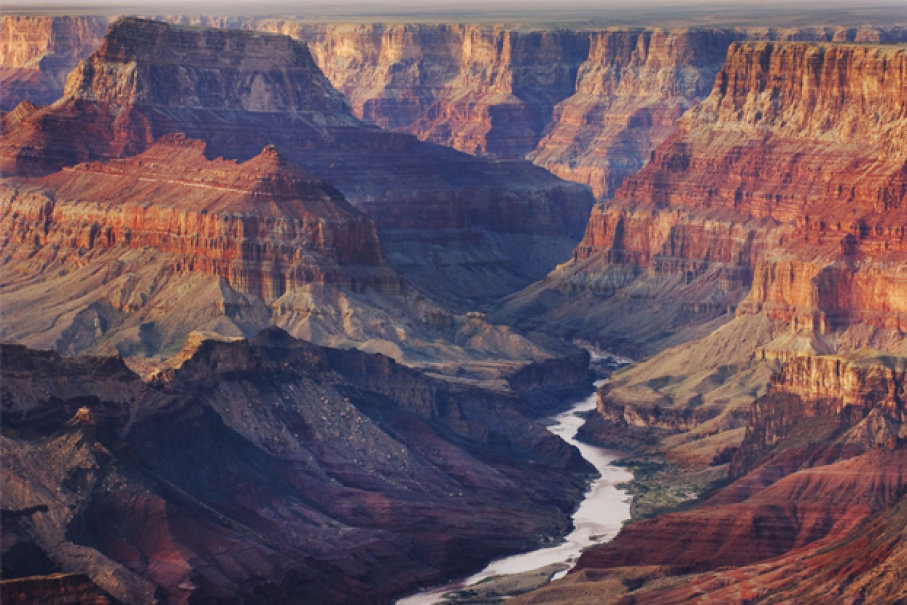 Bessie and Glen Hyde were honeymooning in northern Arizona at the Grand Canyon when they vanished.

The couple had first met in 1927 on a passenger ship traveling to Los Angeles, California, and married April 10, 1928, the day after Bessie’s divorce from her first husband was finalized

For the honeymoon they were traveling down the Colorado River by scow in October of 1928 and planned to boat through the Grand Canyon. Bessie would have been the first woman ever to do so successfully. 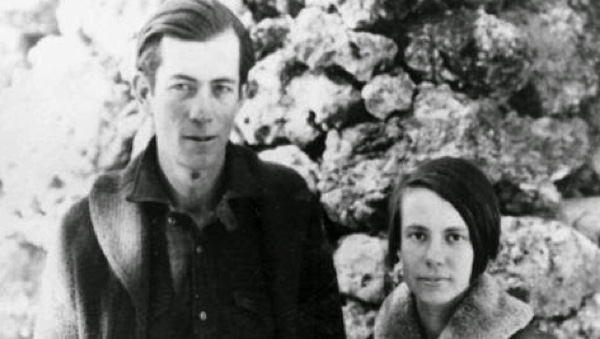 They were last seen Sunday, November 18, 1928, when they boated away downriver below Hermit Rapid. The couple had hiked Bright Angel Trail out of the canyon to resupply a few days earlier. At the South Rim they approached photographer Emery Kolb at his studio and home on the canyon rim, where they were photographed before returning down into the canyon.

Glen had run tough rivers before, but Bessie was a boating newbie. The couple ran across other boaters a few weeks before their disappearance who said they got the feeling that Bessie wanted to turn back, but Glen was pushing her on. If they completed the trip successfully, they could go on a paid lecture tour. So this trip was more than just fun – there was money at stake.

Cut to several months later: The Hydes’ boat was discovered that winter, seemingly undisturbed. It was upright and full of supplies, but the couple was gone. There are many theories about what happened to the Hydes. Did they disembark and try a too-difficult side hike? Did they have an argument that turned violent? Or were they abducted? There are conflicting reports about what happened to the Hydes, and more than one Bessie Hyde sighting in the years that followed.

The romance of the story, coupled with the lack of any conclusive evidence as to the fate of the Hydes, has led to a number of legends and rumors. An elderly woman on a commercial Grand Canyon rafting trip in 1971 announced to other rafters that she was Bessie Hyde, and that she had stabbed her abusive husband to death and escaped the canyon on her own. This was unlike what was known of Glen Hyde. The woman later recanted this story. There was some speculation after the death of famed rafter Georgie Clark in May 1992 that she was really Bessie Hyde, due to some documents and a pistol found in her effects after her death, but no conclusive evidence for such a link was ever found, not to mention that Clark’s early life is well documented.

The skeletal remains of a young male found on the canyon rim in 1976 with a bullet inside the skull were later proven not to be those of Glen Hyde. Suspicion had turned to photographer Emery Kolb, because the remains were discovered on his property and he was one of the last persons known to have seen the couple alive. However, a later forensic investigation conducted by the University of Arizona concluded that the skeleton belonged to a man no older than 22 and who had died no earlier than 1972, ruling out the possibility that it was the remains of Glen Hyde. In late 2008, a donation of photographs and documents to the Grand Canyon Museum Collection, and an effort by the Coconino County Sheriff’s Office to solve the county’s cold cases led to the identification of the Kolb skeleton as that of an unidentified suicide victim found in the park in 1933. 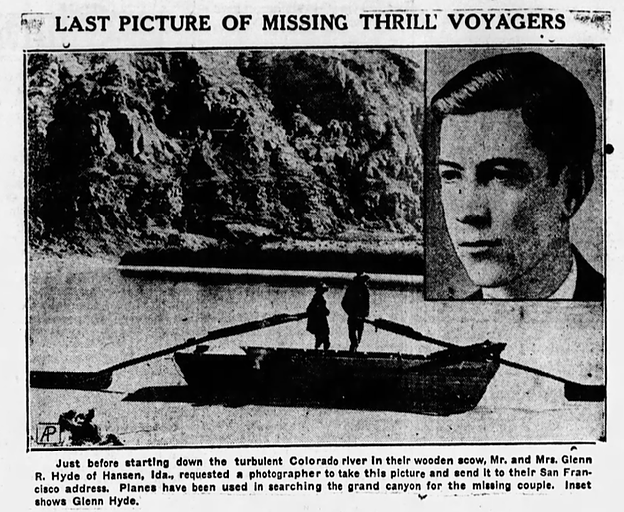