In 1946, Katherine Van Alst, an eight-year-old girl who was with her family at Devil’s Den State Park, disappeared from their camp and got lost. Six days later, she was found sitting in a cave approximately 48 kilometers (30 mi) away and 183 meters (600 ft) higher than the spot from which she had disappeared. 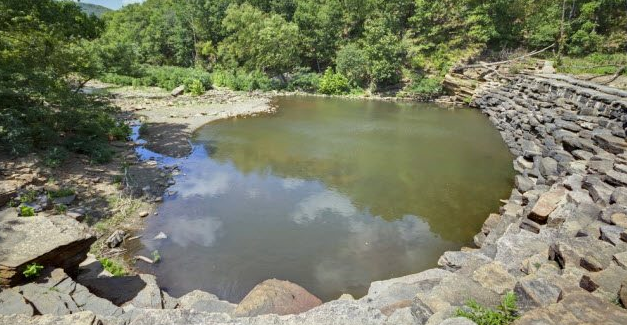 Eight-year-old Katherine Van Alst disappeared from Devil’s Den State Park, near Arkansas’ Ozark National Forest, where she and her family were camping. Van Alst apparently was playing with her brothers when she wandered off and got lost, and what makes her disappearance remarkable is that when she was found after six days wandering the woods, she was eerily calm.

University of Arkansas student Porter Chadwick was part of the search party that found Van Alst. He told The Pittsburgh Press that when he found her, she walked stoically out of a cave and just said, “Here I am.” Many other hikers have gotten lost in that part of the Ozarks and not been as lucky as Van Alst. A grown woman was lost there for 17 days and died just 50 yards (46 meters) from the road