Prabhdeep Srawn was a 25-year-old Canadian army reservist who disappeared from Australia’s Kosciuszko National Park, located in the southeastern state of New South Wales. Srawn was studying abroad in Australia in May 2013, when he decided to take a 1,700 mile (2,700 kilometer) road trip from the Gold Coast to Melbourne. Srawn rented a van, drove to the park’s Charlotte Pass in the Snowy Mountains, and no one has seen him since. 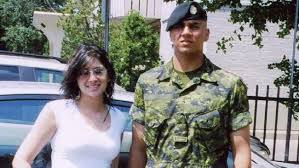 The search for Srawn began when the rental company discovered that the van wasn’t returned. Srawn hadn’t told anyone what route or side hikes he was planning, and the search may have started days or even a week after he went missing, since it was the rental company that first reported the disappearance. Searchers figured out his hike plans by looking at the search history on a laptop they recovered from his van.

Under one of the seats inside the van, popular with backpackers, was a laptop containing Google Maps and Wikipedia searches – vital clues indicating his planned route that could have gone a long way to narrowing his position had they been discovered earlier.

There were also more than 30 pages of military lecture notes on “winter warfare” and alpine survival techniques.

Parked near the Charlotte Pass lookout, the van was exactly the sort of vehicle fellow tourists expected to see. For five days, no one noticed.

Srawn’s family hired private searchers after Australian authorities called off their search after only two weeks. The investigators used tower data from Srawn’s phone and a trained dog to track his trail to a treacherous area called the Western Fall Wilderness.

Just one day before his van was due back to the rental agency, Srawn embarked on a difficult and time-consuming hike in snowy weather. Why would a trained military reservist make a choice like that? Despite a private search that went on for over a year, Srawn’s body has never been recovered.