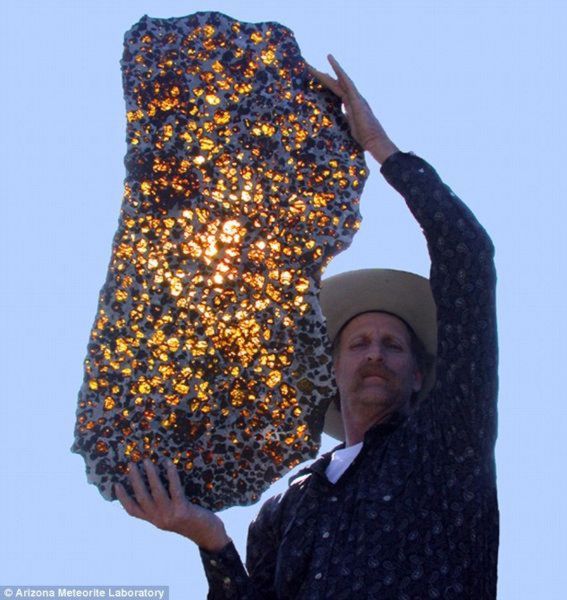 When it slammed into the surface of Earth, there was little sign of the beauty that lay inside. But cutting the Fukang meteorite open yielded a breathtaking sight. Within the rock, translucent golden crystals of a mineral called olivine gleamed among a silvery honeycomb of nickel-iron. The rare meteorite weighed about the same as a hatchback when it was discovered in 2000, in the Gobi Desert in China\’s Xinjiang Province.It has since been divided into slices which give the effect of stained glass when the sun shines through them. An anonymous collector holds the largest portion, which weighs 925lb. in 2008, this piece was expected to fetch $2million (£1.26million) at auction at Bonham\’s in New York – but it remained unsold.