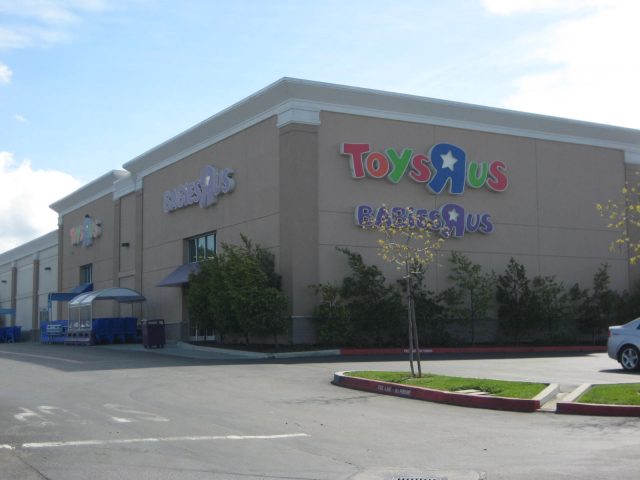 Since the 1970s, weird stuff has happened at this toy store. The more common strange events involve staff hearing their names whispered, cold breezes and objects moving of their own accord.

Taps would turn on by themselves in the women’s bathroom, and many of the store’s female employees experienced something unseen playing with their hair.

The photograph below was taken with an “infrared sensitive camera” during a séance at the store during the filming of a TV show documenting the haunting.

The single standing figure at the back remains unidentified, and is strangely translucent in places. Nobody present remembered seeing anyone standing during the séance, and other cameras shooting the same view all failed to capture the figure.

The cause of the paranormal mischief is supposedly Johnny Johnson, a Scandinavian immigrant who used to work the old farm that the store has been built upon.

In 1884, while chopping wood, Johnny accidentally struck himself with the axe and bled to death alone on the site. 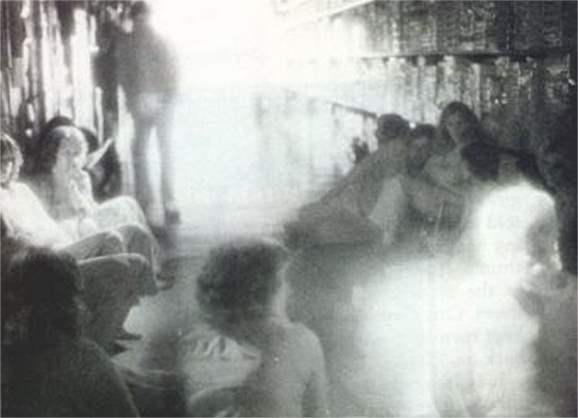