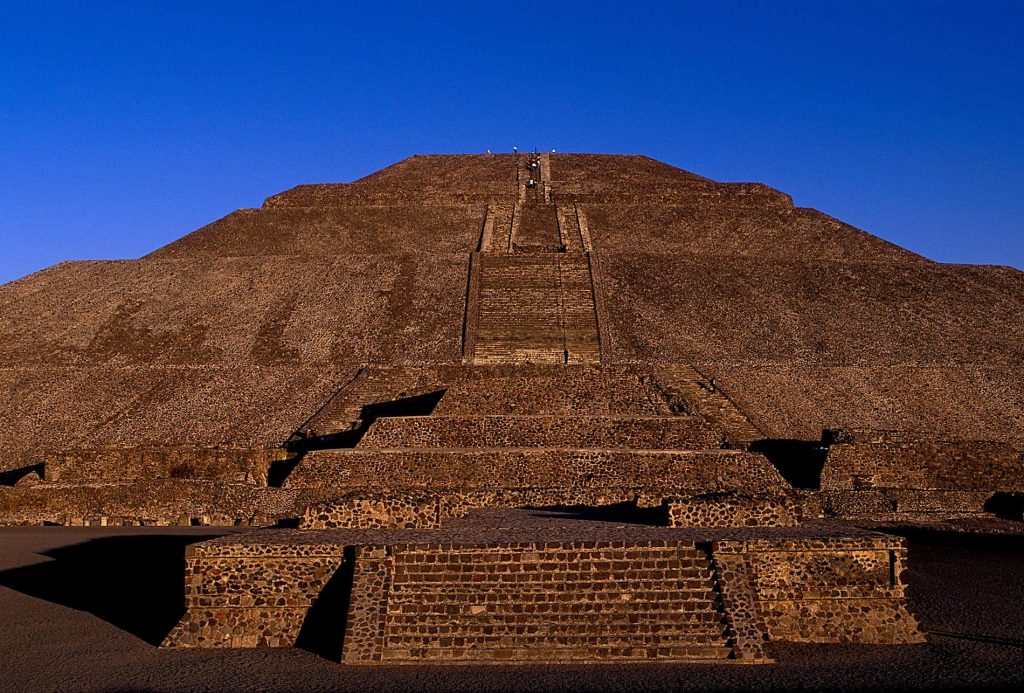 Teotihuacán, meaning the “City of the Gods,” is a sprawling, ancient city in Mexico that’s best known for its pyramidal temples and astronomical alignments. Built more than 2,000 years ago, Teotihuacán’s age, size, and complexity can make it seem otherworldly, but it’s very much the work of humans.

Scientists suspect that over centuries, a mix of cultures including Maya, Zapotec, and Mixtec built the city that could house more than 100,000 people. With its murals, tools, transportation system, and evidence of advanced agricultural practices, Teotihuacán is often considered much more technologically developed than should have been possible in pre-Aztec Mexico.

By far, the most well known of Teotihuacán’s buildings is the massive Pyramid of the Sun. One of the largest such constructions in the Western Hemisphere, the pyramid’s curious alignment is believed to be based on calendrical cycles. 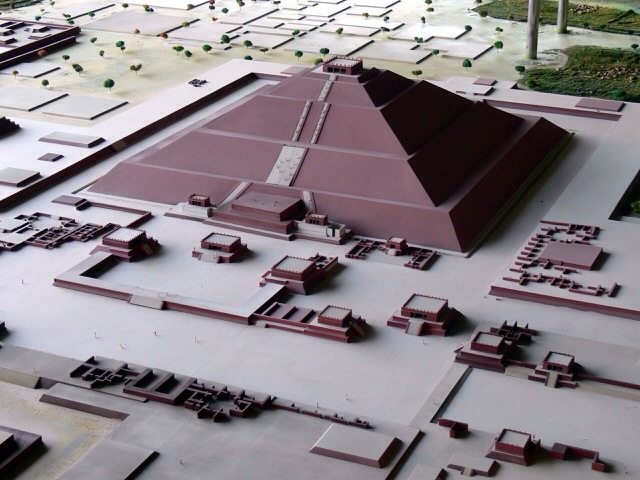 The great pyramid-filled city of Teotihuacan went into decline about 1,400 years ago and was left in such ruins that no one knows who its builders were or what they called their home. The Aztecs, who would later make pilgrimages to the site, gave it its modern name, which means “the place where the gods were created.”

Teotihuacan was a major urban area. It covered about 8 square miles (20 square kilometers) and was likely home to 100,000 people, many living in apartment-like multi-family structures. But the city is best known for its expansive “Avenue of the Dead” and major pyramid complexes.

Running on a north-south axis is the city’s main street known today as the Avenue of the Dead, from a later Aztec name. It runs for more than two miles and contains three major pyramid complexes.

Pyramid of the Moon

At the northern end of the avenue is the Pyramid of the Moon, from an Aztec name. Recent research suggests it was built in stages between around 1 AD and 350 AD. It started off as a small platform and eventually became a 150-foot-high (46 meters) pyramid with a base 550 feet (168 meters) by 490 feet (149 meters). Its elevated platforms were likely used for rituals that could be witnessed by people on the ground. Tombs found associated with the structure contain both human and animal sacrifices along with grave goods such as obsidian and greenstone.

Pyramid of the Sun

Less than half a mile south of the Pyramid of the Moon is the Pyramid of Sun. At a height of more than 200 feet (63 meters) and a base more than 730 feet (225 meters) long on each side, this pyramid is one of the largest structures created in the pre-Columbian New World. It would have been completed around 200 AD.

In 1971, an archaeological team discovered a tunnel underneath the pyramid, its entrance located near the Avenue of the Dead. They dug out the fill in the tunnel finding that it terminated in a cloverleaf shaped chamber which, sadly, had been looted in antiquity. The cave was likely used for rituals of some kind.