Located in 20 km from Sukkozero lake in Karelia, Vottovaara mountain is famous for its boulder strewn landscape. As glacial ice retreated about 10,000 years ago, it left behind strange boulders, known to locals as Seida, Seyda or Seid (Finnish language Seita). Portions of the mountain, representing nature or earth spirits, were evidently considered sacred to the Saami people. Saamis believed that spirits lived in these stones. A sacrifice usually was done near the seida. The unusual thing about Vottovaara seidas is that many of them look like they were intricately cut. Many people still question the natural origin of Vottovaara boulders.

After receiving publicity when an adventurer rediscovered it in 1978, the mountain quickly became a popular place for artists, musicians, and those intrigued by ancient mysteries. Creative people claimed to gain great insights and inspirations while visiting there, while others said they found it eerie and even terrifying. Modern Finnish and Russian pagan groups came to regard it as a sacred site.

Russian ape woman – was she a Yeti?

Superstitious people claim that Vottovaara mountain is the place of the dark forces, and consider it as gateway to the parallel Universe. Some folks have seen UFOs around the mountain. Unusual landscapes and amazing scenery of Vottovaara attract hikers and photographers. 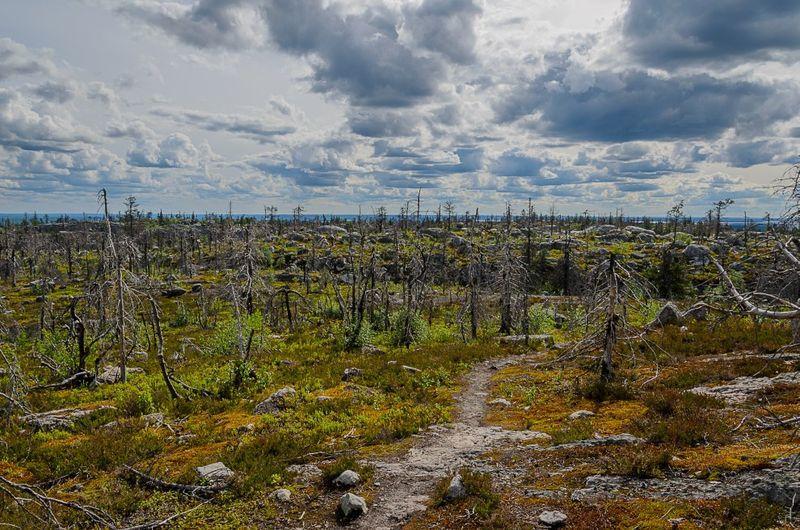