Mystery surrounds a strange pattern carved into the ground near Coventry.

The spiral shape was spotted on satellite maps by a historian researching the fabled Knights Templar, who founded the tiny hamlet of Temple Balsall, near Balsall Common, 1,000 years ago.

Intriguingly the pattern, which is about 30m in length, is just half a mile from the site of an intricate crop circle which appeared in 2011. 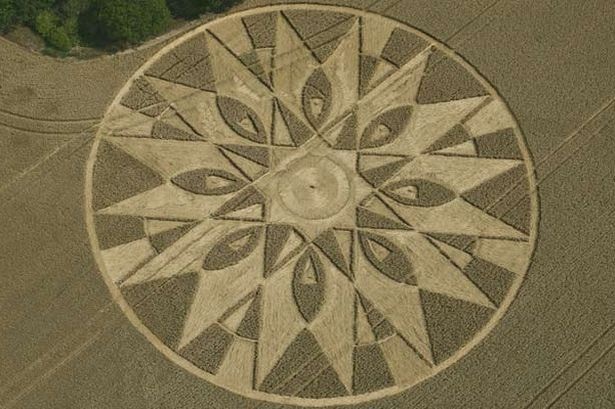 The researcher, Chris McCauley, said: “I was looking at Temple Balsall trying to locate the hall of the Knights Templar.

“I was looking at the map and noticed something quite distinctive in the landscape; it appears to be some kind of spiral.”

He said he searched the internet for more information, but could only find a story in the Coventry Telegraph from August 2011 about a crop circle a few hundred metres away.

He said: “Since I was unable to find any record of this marking, and the fact that it hasn’t even been acknowledged/reported as a crop circle, I can only hope that this maybe a genuine undiscovered archaeological feature.”

The 2011 crop circle featured an eight and 16-pointed star around a central sun, alongside pyramids and oval-shaped ‘helmets’.