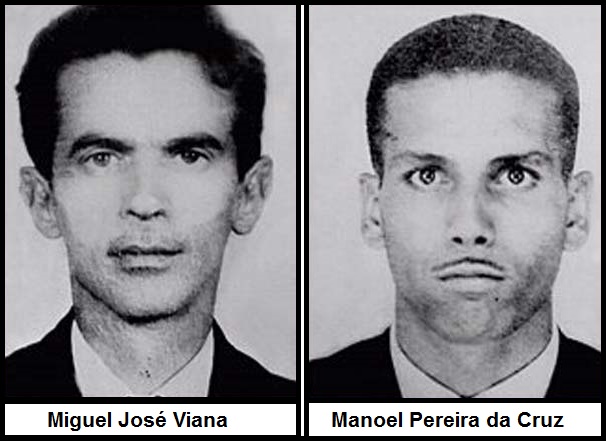 There remains a case unsolved from the 60s that reads almost like a real life version of JJ Abram’s pseudo-science series Fringe. It begins in Rio de Janeiro, Brazil.

Two young men, Manoel Pereira da Cruz and Miguel José Viana (both electronic technicians) were found lying dead together in the middle of a forest, their corpses dressed in their smartest suits with lead masks covering their faces. The cause of death was undetermined—the case for suicide or murder is still out on these two. 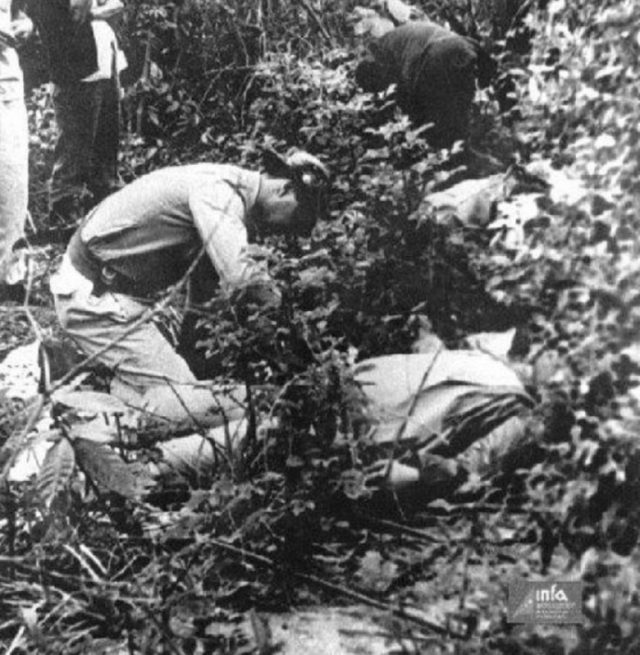 Cruz and Viana set off on a trip to buy electronic work supplies and a new car. They were reported to have left with the money for a car and stopped by at a general store to buy a bottle of water and a raincoat on the way. The man who served them told the police that the pair looked nervous and were in a hurry, checking their watches every minute or so.

Their bodies were found three days later. What’s most puzzling is what they were found with at the scene. Police investigators found them in their suits and raincoats, wearing lead eye masks with no holes (the types used to protect against radiation), two towels and notebook on the ground near the bodies. The money for the car was gone. As if the lead masks and suits weren’t spooky enough, the instructions written in the notebook seem to point to a very strange rendezvous. There, in Portuguese, were the words: “16:30 be at agreed place, 18:30 swallow capsules, after effect protect metals wait for mask signal.”

Were Cruz and Viana scheduled to meet with aliens? Or maybe even time travellers from another dimension? Toxicology reports couldn’t even find out what the pills were for as their organs had rotted away. Perhaps this truly was a case of inter-dimensional travelling gone wrong…

It has been discovered the autopsy was not performed until a number of weeks after the bodies were discovered. By that time, due to the state of decomposition, the results of any toxicology tests would have been unreliable, and so none were carried out.

One explanation is that the men were meeting someone for a clandestine deal involving radioactive material. However, that would not explain the capsule mention, the towels or the jackets. Another explanation is that they were conducting an experiment, but there is no evidence of an experiment leading to their death, such as materials for said experiment. They may have been duped, murdered and dumped on the hill, though there was no evidence of violence or violent injuries. They also may have been waiting for an intergalactic ride.