Apollo 11 was the spaceflight that landed the first humans on the Moon, Americans Neil Armstrong and Buzz Aldrin, on July 20, 1969, at 20:18 UTC. Armstrong became the first to step onto the lunar surface six hours later on July 21 at 02:56 UTC.

Armstrong spent about two and a half hours outside the spacecraft, Aldrin slightly less, and together they collected 47.5 pounds (21.5 kg) of lunar material for return to Earth. The third member of the mission, Michael Collins, piloted the command spacecraft alone in lunar orbit until Armstrong and Aldrin returned to it just under a day later for the trip back to Earth.

This is a collection of recently released NASA images: 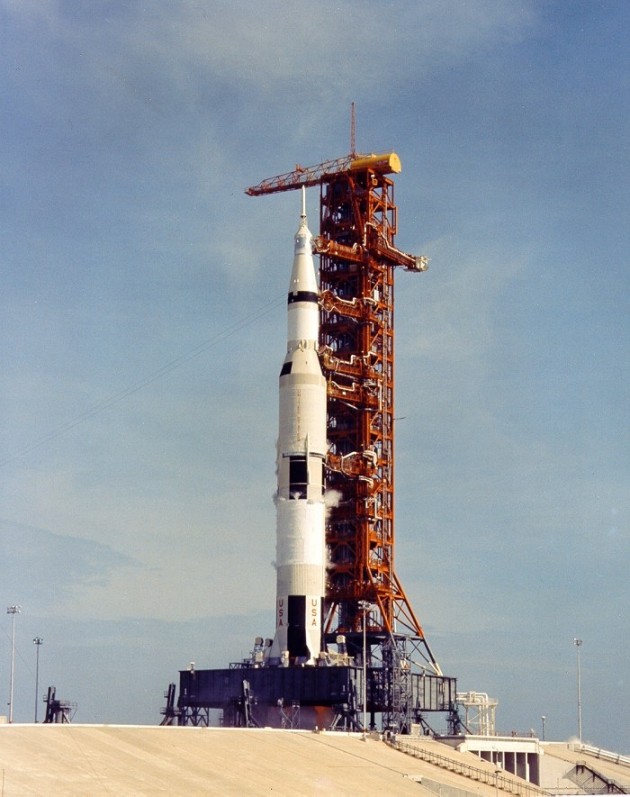 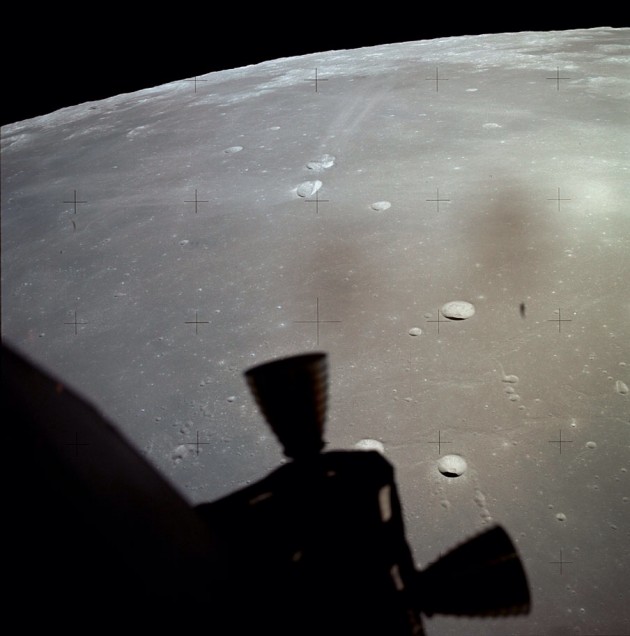 View of Mare Fecunditatis from Armstrong’s window. The two craters close together in the middle distance are Messier and Messier A, with light-colored rays extending westward from Messier A, the more distant of the two. Apollo 11 photo AS11-42-6304 shows the pair from overhead. Taruntius P is partially hidden behind the RCS thruster. Taruntius K is the slightly smaller crater further north. Taruntius H is the prominent crater west of K. These crater look relatively fresh. Taruntius K has a diameter of about 6 kilometers and has a raised rim. Section 4.1.1 in the Lunar Source Book indicates that a fresh crater of this size will have a depth (iincluding the rim) of about 1.2 km. The average inner slope is, then, about 22 degrees. The crater is undoubtedly bowl shaped, so the slope immediately inside the rim is considerably steeper than 22 degrees. During the Rev 4 pass over the foreground craters, the Sun’s elevation was about 29 degrees, low enough to have produced a significant shadow inside the eastern rim but not reaching the center of the crater. The only other time prior to the landing when the crew would have had time to take this picture was on the Rev 5 pass. The Sun was a degree higher on that pass, still low enough to produce the inner shadow. 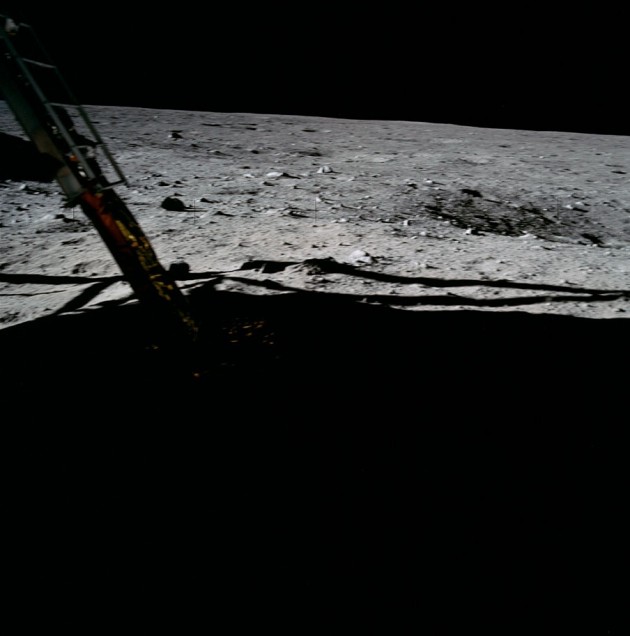 View toward the south past the ladder. A comparison with 5850 indicates that Neil has moved north away from the spot near the foot of the ladder from which he took his initial pan. The image is blurred, indicating that Neil may have hurried the shot. The west footpad is in shadow but there is reasonable definition of the lower portion of the ladder 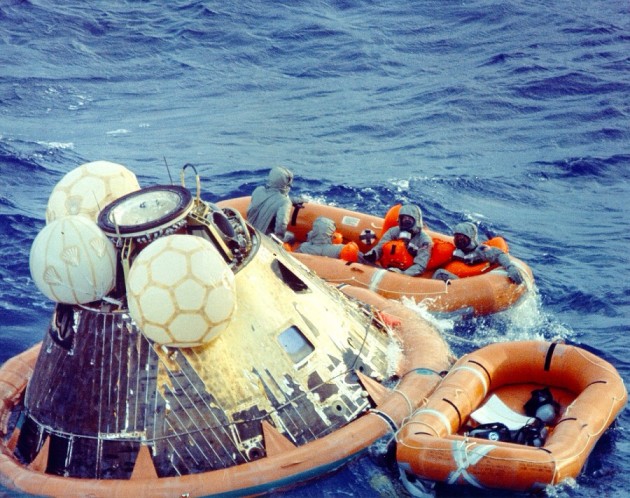