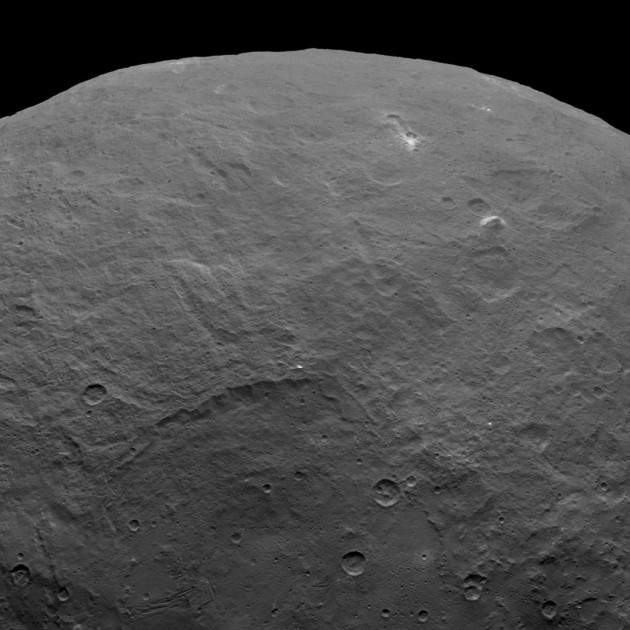 First, NASA’s Dawn probe spotted curiously sparkly bright spots on the surface of Ceres, the dwarf planet that lies in the asteroid belt between Mars and Jupiter.

Beats us, the scientists said about the light. It could be ice reflection or even an alien base!

Now, cameras on the Dawn mission spacecraft have captured a baffling pyramid structure rising 3 miles above the planet’s cratered surface.

The new image, released Sunday by NASA, was taken June 14 from a distance of about 2,700 miles, the agency said.

It shows what NASA described in its classically understated and totally non-freaked-out tones as “a mountain with steep slopes protruding from a relatively smooth area of the dwarf planet’s surface.”

The Ceres mystery has now deepened with the most recent batch of images showing the pyramid as well as even more bright spots alongside the largest one, which NASA said looks to stretch some 6 miles. 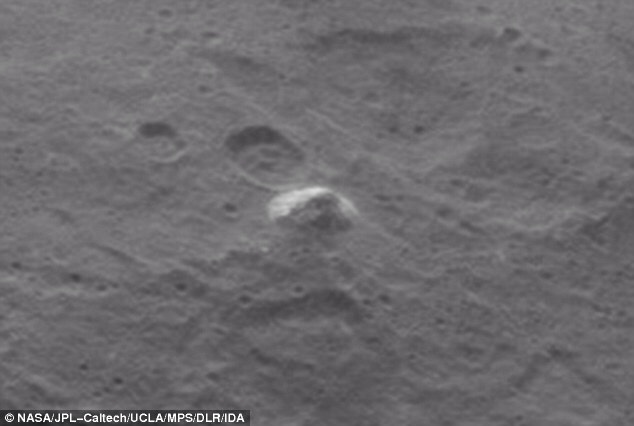