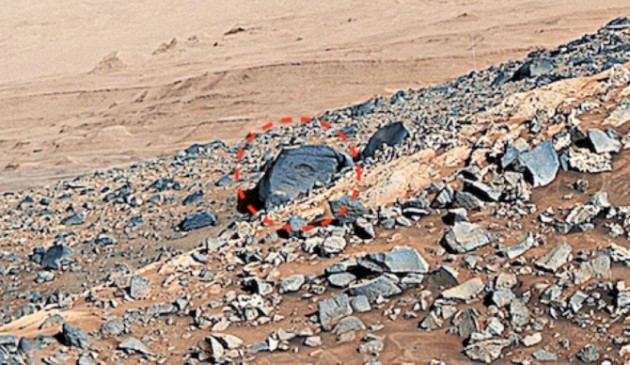 The latest NASA photos from Mars have revealed something quite strange! A martian rock engraved with Egyptian style hieroglyphic carvings.

The discovery of the rock suggests Ancient Alien visitors may have come to Earth, and taught early man how to communicate with hieroglyphic images. The visit of Ancient Aliens also explains the numerous examples of unexplained structures found on this planet that can also be found on our nearest neighbor in the solar system. 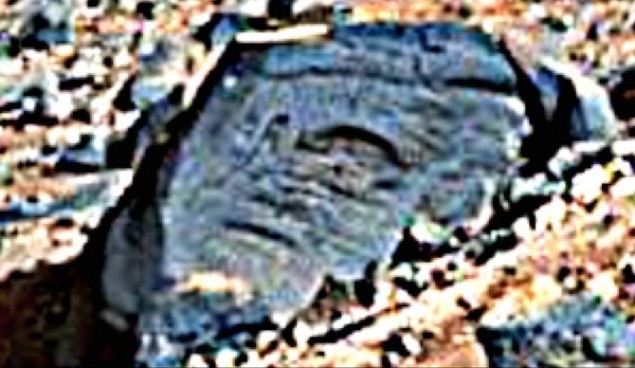 NASA describes this area of Mars as “Garden City,” on a Martian mountain that Earth-bound scientists have dubbed Mount Sharp. Like most images that come back from the Mars river and are released publicly by NASA, the image is a composite of dozens of individual images taken by the Curiosity Rover.

“The component images of this mosaic view were taken by the left-eye camera of Mastcam on March 27, 2015, during the 938th Martian day, or sol, of Curiosity’s work on Mars,” NASA wrote on its Jet Propulsion Laboratory site. “The scene is presented with a color adjustment that approximates white balancing, to resemble how the rocks would appear under daytime lighting conditions on Earth. For scale, the cap rock scarp is about 3 feet tall.”