One of the selected proposals calls for the use of a soft-robotic rover for missions that can’t be accomplished with conventional power systems.

This rover would resemble an eel with a short antenna on its back that harvests power from locally changing magnetic fields.

The goal is to enable amphibious exploration of gas-giant moons like Europa.

‘We propose a rover architecture for Europa and other planetary environments where soft robotics enables scientific investigation or human-precursor missions that cannot be accomplished with solar or nuclear power,’ said Mason Peck, who developed the concept at Cornell.

‘This rover resembles a squid, with tentacle-like structures that serve both as electrodynamic tethers to harvest power from locally changing magnetic fields and as a means of bio-inspired propulsion.

‘This work will assess the possibility that any life on Europa may be powered by electromagnetic energy, with singular implications for astrobiology.’

Roughly the size of Earth’s moon, Europa is structurally like a liquor-filled chocolate, with a liquid ocean that could be 62 miles (100 kilometers) deep.

Another proposal will look at using two glider-like unmanned aerial vehicles connected by an ultra-strong cable at different altitudes that sail without propulsion. 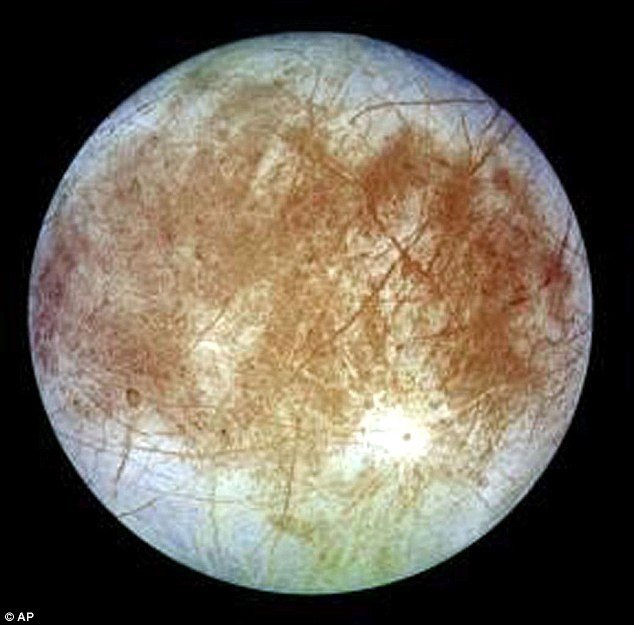