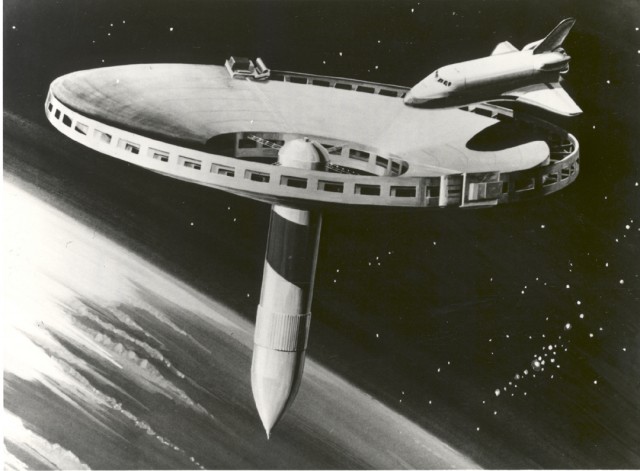 Have you heard the rumour that NASA have a secret space station orbiting the earth?

Well if its true, its likely to be this  spider station.

Designed from a 1977 concept drawing for a space station. Known as the “spider” concept, this station was designed to use Space Shuttle hardware. A solar array was to be unwound from the exhausted main fuel tank. The structure could then be formed and assembled in one operation. The main engine tank would then be used as a space operations control center, a Shuttle astronaut crew habitat, and a space operations focal point for missions to the Moon and Mars.