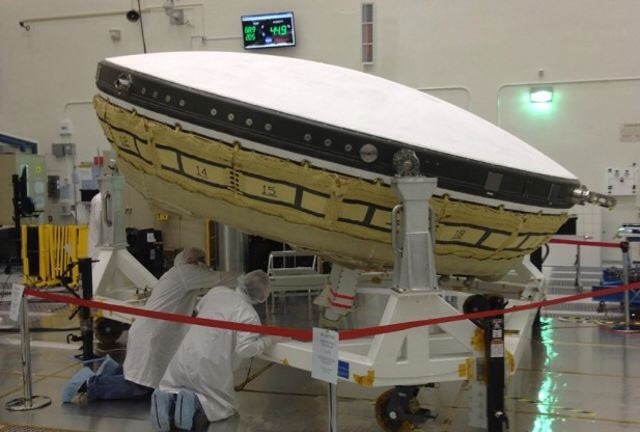 NASA is gearing up to test an inflatable, saucer-shaped vehicle that could help astronauts explore the surface of Mars.