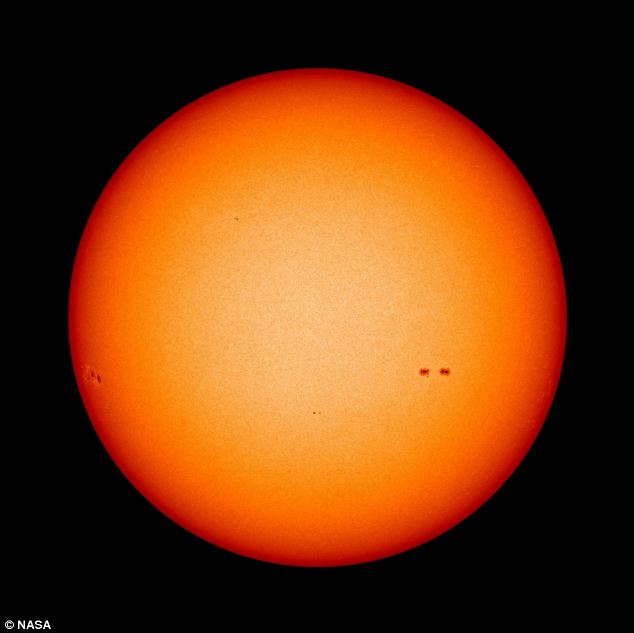 ‘Something unexpected’ is happening on the Sun, Nasa has warned.
This year was supposed to be the year of ‘solar maximum,’ the peak of the 11-year sunspot cycle.
But as this image reveals, solar activity is relatively low.

‘Sunspot numbers are well below their values from 2011, and strong solar flares have been infrequent,’ the space agency says.
The image above shows the Earth-facing surface of the Sun on February 28, 2013, as observed by the Helioseismic and Magnetic Imager (HMI) on NASA’s Solar Dynamics Observatory.
It observed just a few small sunspots on an otherwise clean face, which is usually riddled with many spots during peak solar activity.
Experts have been baffled by the apparent lack of activity – with many wondering if NASA simply got it wrong.
However, Solar physicist Dean Pesnell of NASA’s Goddard Space Flight Center believes he has a different explanation.
‘This is solar maximum,’ he says.
‘But it looks different from what we expected because it is double-peaked.’
‘The last two solar maxima, around 1989 and 2001, had not one but two peaks.’
Solar activity went up, dipped, then rose again, performing a mini-cycle that lasted about two years, he said. 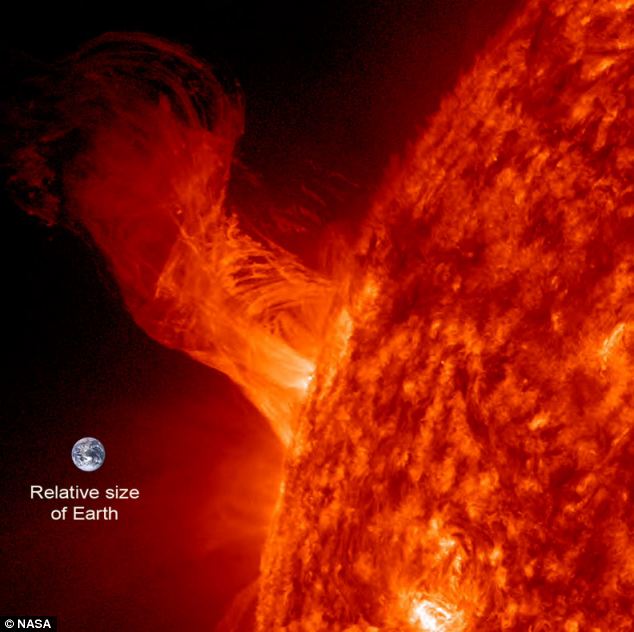 The same thing could be happening now, as sunspot counts jumped in 2011 and dipped in 2012, he believes.
Pesnell expects them to rebound in 2013: ‘I am comfortable in saying that another peak will happen in 2013 and possibly last into 2014.’
He spotted a similarity between Solar Cycle 24 and Solar Cycle 14, which had a double-peak during the first decade of the 20th century.
If the two cycles are twins, ‘it would mean one peak in late 2013 and another in 2015’.