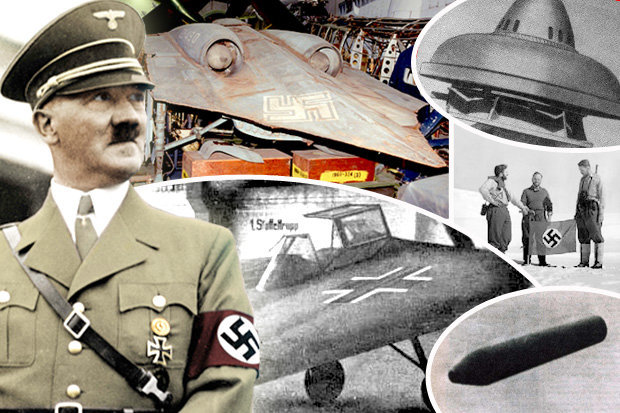 Hitler’s Nazi regime created a mind-bending arsenal of super-advanced but unbelievably bizarre “Wunderwaffe” – or “miracle weapons” – in the death throws of World War 2.

The Luftwaffe were building increasingly wacky aircraft – some shaped like discs or with circular wings.

A US Air Force probe concluded these experimental flying machines may be to blame for UFO sightings. 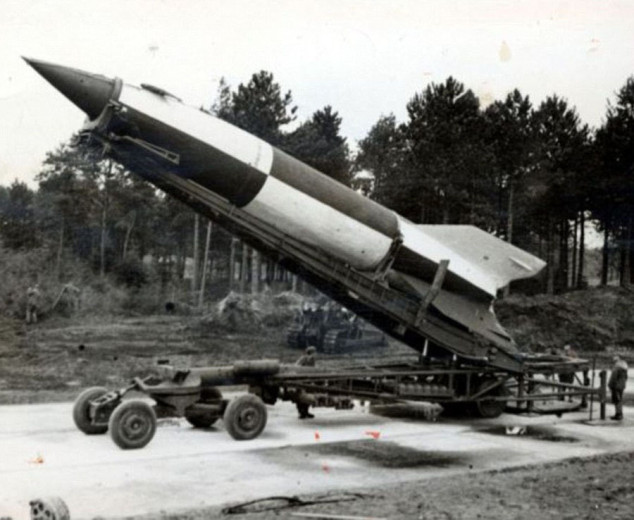 The German project codenamed “Silbervogel” was a theoretical design for a sub-orbital bomber aircraft that would have been able to attain 90 miles in height and bomb New York when launched from Germany. Recent reviews have proved the concept would have worked. 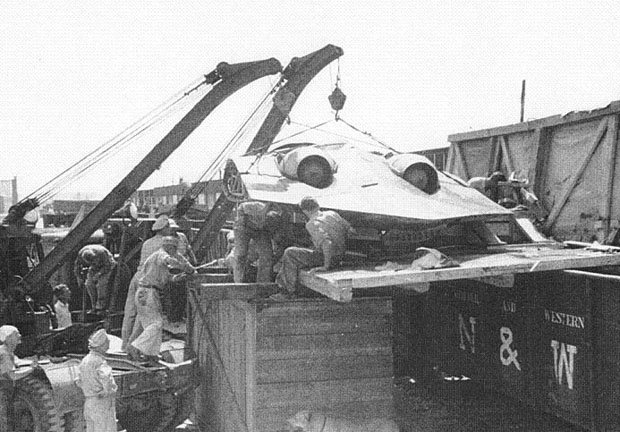 The US military seized the last Horten prototype as part of Operation Paperclip – a secret mission to captured advanced German weapons research to keep it out of Soviet hands.

The design mysteriously reappeared as the revolutionary B-2 “Stealth Bomber”. 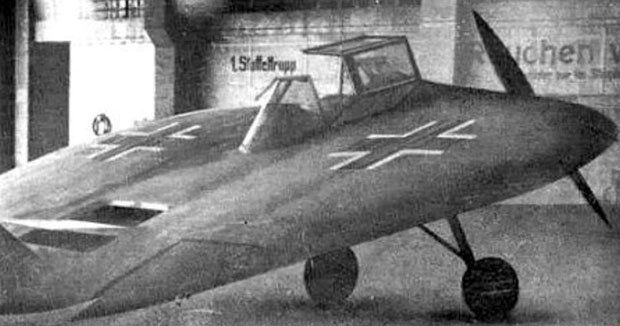 The Sack AS-6 finally became airborne in 1944 – just before the end of the war.

Photographs of the just-plain-weird plane survive – but the prototype mysteriously disappeared when American troops overran the Brandis air base, where it was stored, in April 1945. 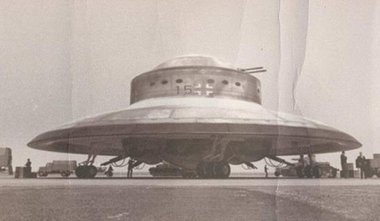 Miethe – whose existence has never been conclusively proved – was said to have worked on several “Flugscheiben” – or “flight disc” – designs during the early 1940s.

The most notorious of these designs was the fabled V7 – which supposedly harnessed high-intensity electrical charges to turn the oxygen in air into an endless fuel supply.

No photographs of the V7 survive, but after the war, German engineer Bruno Schwenteit patented a flying saucer design he claimed was actually constructed during the war.

The Soviets are said to have seized the V7 prototype when they marched into the Breslau air base in western Germany – now Wroc?aw, Poland.

In 1952, Miethe reportedly told French daily newspaper France-Soir: “If flying saucers exist, it is the V7 which I built in 1944, the engines of which the Russians seized at Breslau.”

An underside view of the Rundflugzeug UFO
The first widely-reported UFO sighting in the US was near Mount Rainier, Washington, on June 24, 1947, by Kenneth Arnold.

The similarity of these nine “crescent-shaped” flying objects (wrongly reported as saucer-shaped) to the Horten Ho 229 “flying wing” was not lost on Project Sign – the first official US Air Force UFO investigation.

“The majority were in the most preliminary stages but they were the only known craft that could even approach the performance of objects reported by UFO observers.”

In 1952, Professor Giuseppe Belluzzo, an Italian scientist and former member of the Italian Fascist Mussolini regime – which was allied with Nazi Germay – revealed in a newspaper article that “types of flying discs were designed and studied in Germany and Italy as early as 1942”.