The New England vampire panic was the reaction to an outbreak of tuberculosis in the 19th century throughout Rhode Island, eastern Connecticut, Vermont, and other parts of New England. Consumption (tuberculosis) was thought to be caused by the deceased consuming the life of their surviving relatives.

Bodies were exhumed and internal organs ritually burned to stop the “vampire” from attacking the local population and to prevent the spread of the disease. Notable cases provoked national attention and comment, such as those of Mercy Brown in Rhode Island and Frederick Ransom in Vermont. 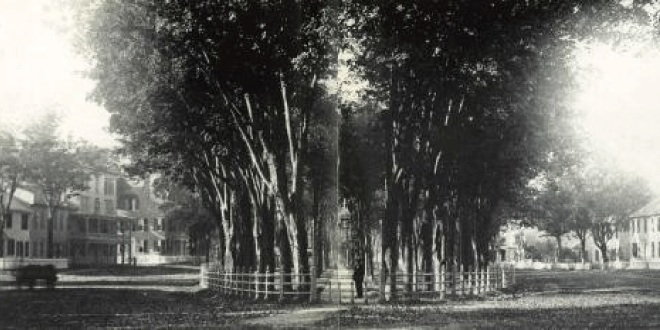 Legend has it that in 1834, in the sleepy village of Woodstock, the eldest son of the Corwin family fell ill. His skin paled. His appetite disappeared. And by day, he barely stirred from his bedchamber. Six months after he was buried in Cushing Cemetery, his younger brother was struck with the same affliction. Prominent physicians Dr. Joseph Gallup and Dr. John Powers of the Vermont Medical College examined the boy, searching in vain for a cause or cure – till rumors of vampirism spread. 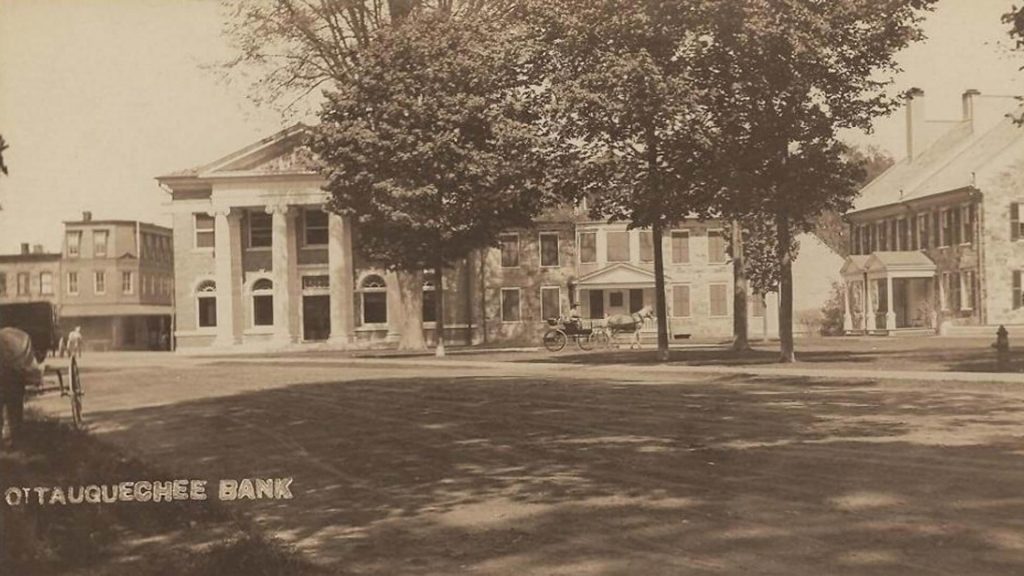 On October 9, 1890, The Vermont Standard ran a sensational headline: “Vampirism in Woodstock.” The article detailed an event that had transpired some 60 years earlier in 1830. That year, a local man named Corwin died of consumption (tuberculosis). He was buried in Woodstock’s Cushing Cemetery—a common resting place for the departed residents of this sleepy Vermont village.

Six months after the burial, Corwin’s brother also became ill with tuberculosis. After failing to find either a cause or a cure, many prominent men in the village, including Dr. Joseph Gallup and Dr. John Powers from the Vermont Medical College, began blaming vampirism. As a result, the body of the deceased Corwin was exhumed for an autopsy.

This postmortem analysis supposedly revealed that Corwin’s heart had not decayed but instead was full of blood. Following the New England custom, Corwin’s heart was removed and publicly burned on the town green.

Amazingly, this was not the first time that a vampire panic had touched Woodstock. In 1817, a Dartmouth student named Daniel Ransom became sick with tuberculosis. Shortly after Ransom died on February 14, his father grew concerned that his son had become a vampire.

So the father had his son’s body exhumed and the heart removed and burned to protect the health of the remaining members of the Ransom family.During the 19th century, this practice was repeated throughout New England. 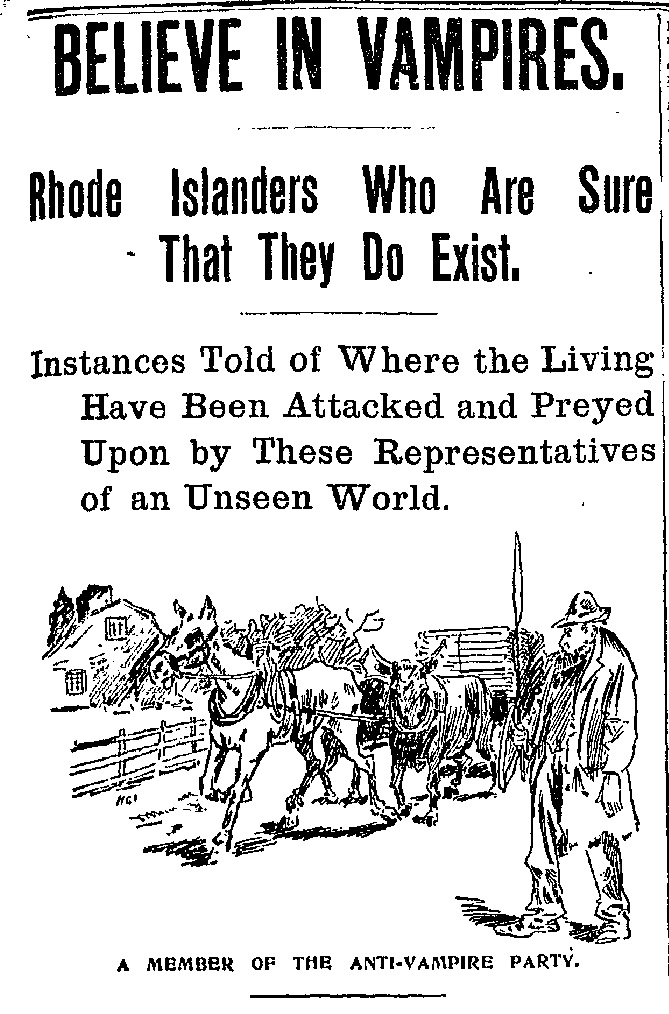 The Mercy Brown vampire incident occurred in Rhode Island, US, in 1892. It is one of the best documented cases of the exhumation of a corpse in order to perform rituals to banish an undead manifestation. The incident was part of the wider New England vampire panic.

Several cases of consumption (tuberculosis) occurred in the family of George and Mary Brown in Exeter, Rhode Island. Friends and neighbors believed that this was due to the influence of the undead. An attempt was made to remediate. She died January 1892 aged 19.

Mercy’s mother contracted consumption, which spread to the rest of the family, moving to her sister, her brother and finally to Mercy herself. Neighbors believed that one of the family members was a vampire who had the illness. Two months after Mercy’s death, her father George Brown and others exhumed the bodies of his family.

They found Mercy’s body showed little decomposition, had “fresh” blood in her heart and had turned in the grave. This was enough to convince the villagers that Mercy Brown was the cause of the consumption. The heart of the exhumed body was burnt, mixed with water and given to her surviving brother to drink in order to stop the influence of the undead. The cure was unsuccessful. 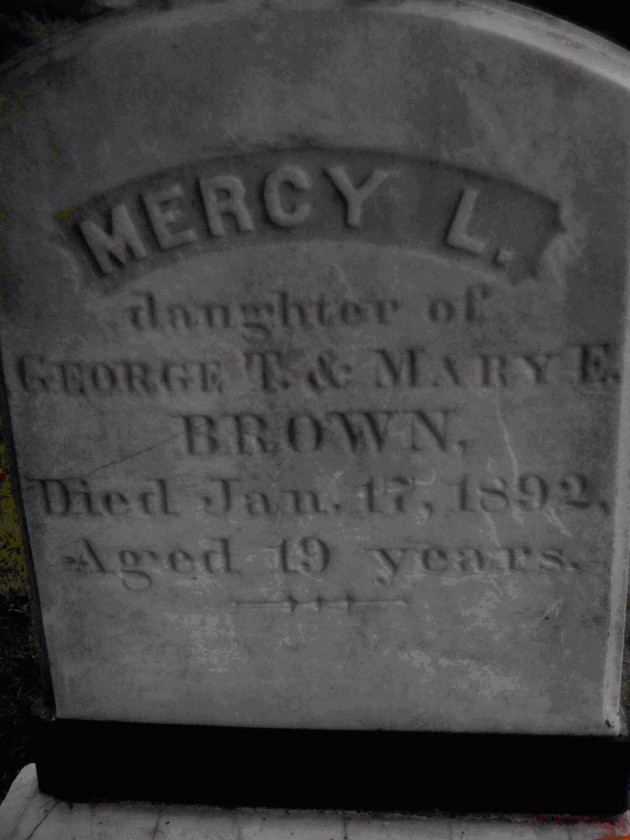