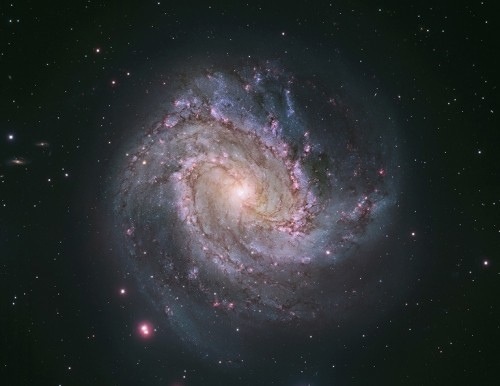 An exploding star is causing amateur astronomers worldwide to sit up and take notice.

Supernova M82, named after its nearest galaxy Messier 82, also known as the cigar galaxy, was discovered just 12 million light years away, and is expected to increase in brightness over the next two weeks.

Astronomers in the northern hemisphere may be able to spot it between the Great Bear and the Little Bear.

But there has been some argument over who was the first to spot the supernova, with a team of amateur Russian astronomers in Blagoveshchensk and an astronomer from University College London, Dr Steve Fossey, both claiming to have been first on the scene.

Fossey was teaching a group of students when they noticed what appeared to be a “new star”.

“We pointed the telescope at Messier 82 – it’s quite a bright galaxy, quite photogenic. But as soon as it came up on screen, it didn’t look right to me,” he told BBC News.

“We fired up another telescope, we got another frame – and that was when we knew it was a supernova.”

“It reminds me why I got interested in astronomy in the first place.”

The International Astronomical Union has since confirmed the sighting as a supernova.

Scientists say this is the closest supernova to be spotted since SN1987A in the Large Magellanic Cloud – a small satellite galaxy to the Milky Way, and SN1993J in the Messier 81 galaxy.

When SN 1987a was discovered it was the nearest supernova observed by astronomers since 1604.

SN 1993J was then the second-brightest supernova to be observed this century when it was discovered on 28 March 1993.

A supernova occurs when a star – or stars – explode. It can emit in a matter of weeks as much energy as our sun is expected to emit over its entire lifespan (around 10 billion years – 4.6 billion of which has passed already).

Type I supernovas, as this event is suspected to be, occur through a process known as ‘thermal runaway’ between a binary system (a pair of stars) while type IIs are triggered by the core collapse of a single, massive star.