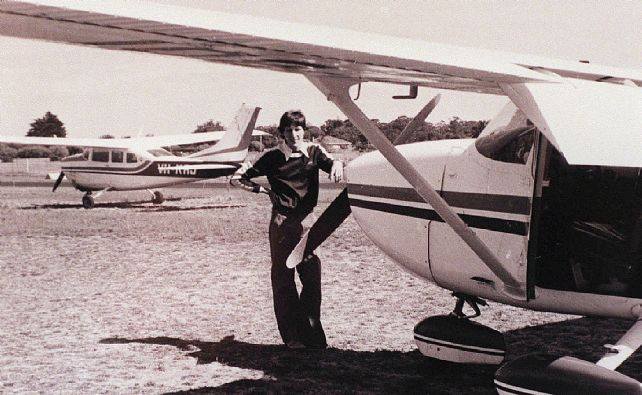 “I believe he was taken by UFOs”

THE official file on the mysterious disappearance of a plane off the Victorian coast has all but ruled out pilot Frederick Valentich staged an elaborate hoax.

It has also revealed that government officials requested an investigation into Mr Valentich’s claimed UFO sighting, which he was detailing before the 20-year-old virtually vanished.

A widespread search which scoured the coastline from Torquay to Warrnambool was called off without any sightings of aircraft wreckage or Mr Valentich.

The file said by the Government to have been lost or destroyed has been uncovered and reveals that parts of aircraft wreckage with partial serial numbers were found five years after the plane and pilot vanished in 1978.

In the ensuing decades, only a brief summary of the investigation and a transcript of the air-traffic control conversation had been released.

That revealed Mr Valentich’s last words were “It is hovering and it’s not an aircraft” before his plane disappeared over Bass Strait on October 21, 1978.

During a seven-minute conversation with Melbourne air traffic control, he described his bewildering encounter before his transmission ended with a long metallic clanging sound.

“It seems to me that he’s playing some sort of game. He’s flying over me two, three times at a time at speeds I could not identify,” Mr Valentich said.

“What I am doing right now is orbiting and the thing is just orbiting on top of me also it has a green light and sort of metallic, it’s all shiny (on) the outside.”

After uncovering the official detailed file on the case, researcher Keith Basterfield said it revealed that parts of aircraft wreckage with partial serial numbers were found in Bass Strait five years after the disappearance.

Mr Basterfield says Valentich’s aircraft serial numbers fell within the range of those found on the wreckage, all but eliminating the theory that the pilot staged his disappearance on his way from Moorabbin to King Island.

“There was a lot of public speculation at the time of a hoax disappearance but there is nothing in the 315 pages that even suggests that,” he said.

The file also shows how seriously the possibility of a UFO encounter was taken, revealing that the head of the Transport Department suggested his minister ask the Defence minister to launch an investigation.

“I have read about 20,000 pages of government reports on UFO files and I have never seen such a suggestion,” Mr Basterfield says. “The only thing we can say for sure is that the plane and pilot disappeared while he was describing a UFO which is one of those things that just makes people wonder.”

A number of other meteorite and UFO sightings were made on the night Valentich disappeared, the file shows.

Mr Basterfield discovered the file when searching through an online National Archives index on an unrelated topic.

Mr Basterfield, an expert researcher of public documents, said he did not believe in UFOs, nor that the file was covered up.

He has chosen to believe in a public service stuff-up instead of a conspiracy.

Rhonda Rushton, the pilot’s girlfriend, was in no doubt that a UFO had been responsible for his death.

“I believe he was taken by UFOs if that was what he said (in the transmission). He never lied, he’d never make that up,” she said in 2006.