An Origin of Life On Earth Theory 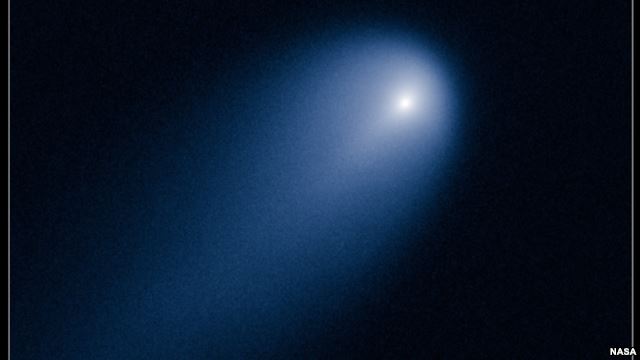 The first point, which deals with the origin of life on Earth, is known as panspermia — literally, “seeds everywhere.” Its earliest recorded advocate was the Greek philosopher Anaxagoras, who influenced Socrates. However, Aristotle’s theory of spontaneous generation came to be preferred by science for more than two thousand years. Then on April 9, 1864, French chemist Louis Pasteur reported his experiment disproving spontaneous generation as it was then held to occur. In the 1870s, British physicist Lord Kelvin and German physicist Hermann von Helmholtz reinforced Pasteur and argued that life could come from space. And in the first decade of the 1900s, Swedish chemist and Nobel laureate Svante Arrhenius theorized that bacterial spores, propelled through space by light pressure, were the seeds of life on Earth.

Mechanisms for panspermia include the deflection of interstellar dust by solar radiation pressure and extremophile microorganisms traveling through space within an asteroid, meteorite or comet.

Three popular variations of the panspermia hypothesis are: 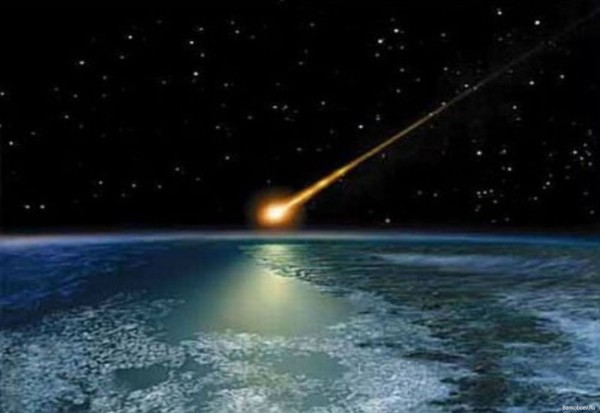 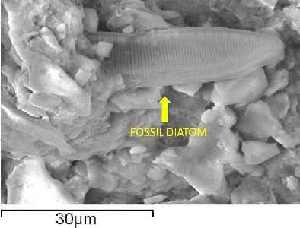 Researchers claim that a meteorite which disintegrated and fell in Sri Lanka in December last year bears evidence of extra-terrestrial life. A joint research by scientists from UK and Sri Lanka led to discovery of fossilized algae in samples of a large meteorite, collected immediately after it disintegrated and fell in the village of Araganwila in Sri Lanka on 29 December 2012. They have concluded that data on “fossil” diatoms provide strong evidence to support the theory of cometary panspermia – which proposes that life forms that can survive the effects of space, such as extremophiles, become trapped in debris that is ejected into space after collisions between planets that harbor life and Small Solar System Bodies. Detailed article named Fossil Diatoms in a New Carbonaceous Meteorite about the findings was recently published in the Journal of Cosmology.

Research paper claims that in above image “we can unambiguously identify an object as being a diatom from its complex and highly ordered microstructure and morphology, a structure that cannot result from any conceivable mineralisation or crystallisation process. The mineralised fossil structure of the original diatom has been preserved intact and displays close similarities in elemental abundances with the surrounding material.” A comparison between SEM images of  another fossil diatom in the Polonnaruwa meteorite with a modern diatom Sellaphora blackfordensis further strengthens their argument. Following image depicts the comparison: 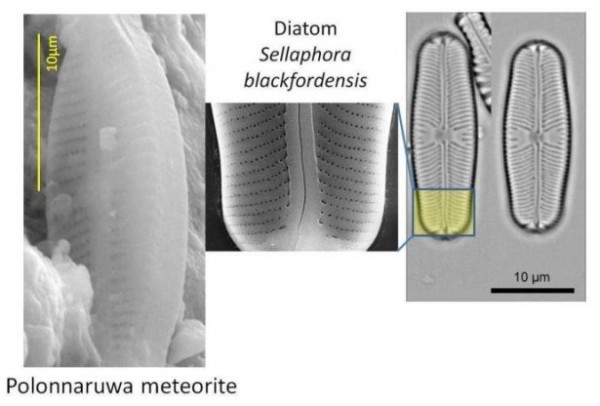 Please comment/vote below. thank you.