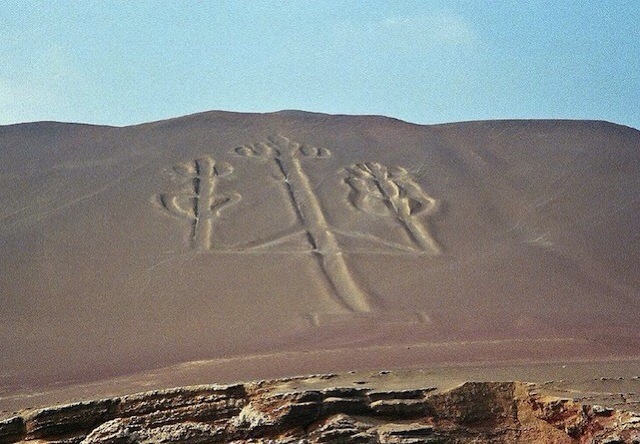 This stunning geoglyph can be found on the northern face of the Paracas Peninsula at Pisco Bay in Peru, and is believed to date to around 200 B.C. Its purpose and meaning are unknown, though speculative theories abound.

Local legend suggests it represents the lightning rod or staff of the god Viracocha, who was worshipped throughout South America. But others have suggested it could have been constructed as a sign to sailors, or even as a symbolic representation of a hallucinogenic plant called Jimson weed.