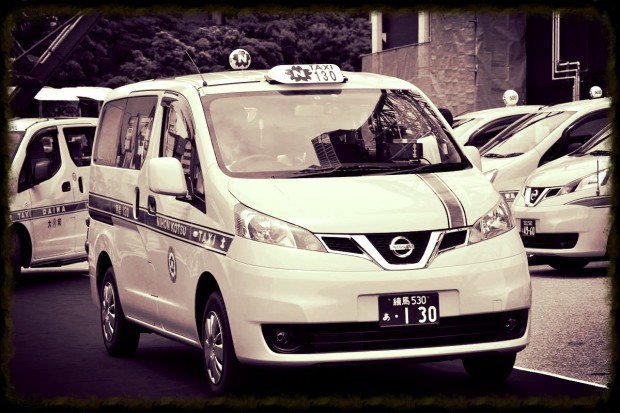 At least seven taxi drivers in Ishinomaki, north-east Japan, have reported experiencing a ‘phantom fare’ in the wake of the devastating 2011 tsunami and earthquake.

In each instance, the story is similar.

A taxi driver in north-east Japan picks up a passenger in an area devastated by the 2011 earthquake and tsunami.

He starts the meter and asks for the destination, to which the customer gives a strange response.

Either then, or sometime later, the driver turns around to address the man or woman – but the passenger has vanished.

This is because, it is claimed, it was a ‘ghost passenger’ who was, in fact, killed in the disaster five years ago.

At least seven taxi drivers in Ishinomaki have reported such an experience of a ‘phantom fare’, according to The Asahi Shimbun newspaper.

The coastal town in Miyagi Prefecture was among the regions most seriously affected by the deadly tsunami, which killed nearly 16,000 people in total.

More than 3,000 Ishinomaki residents lost their lives in the tragedy, including 70 students and nine staff members at Ishinomaki Okawa Elementary School.

Speaking to Yuka Kudo, a student of sociology at Tohoku Gakuin University, one taxi driver told of how he may have seen one of these residents just months after the March 2011 earthquake.

He said he was working in the town when a young woman dressed in a coat climbed into his cab near Ishinomaki Station and told him: “Please go to the Minamihama (district).”

In response, he told her that the area was ‘almost empty’ and asked her if she was sure she wished to go there.

The woman replied in a trembling voice, “Have I died?”.

Chillingly, the driver said he then turned around in his seat – but no one was there.

Another cabbie, in his forties, spoke of a similar experience.

He said a young man climbed into his taxi and asked to go to “Hiyoriyama” (mountain).

The customer would not elaborate on his response, but pointed in the direction he wished to go in, he said.

The driver set off, but when he eventually pulled over, he realised the passenger had disappeared, the newspaper reports.