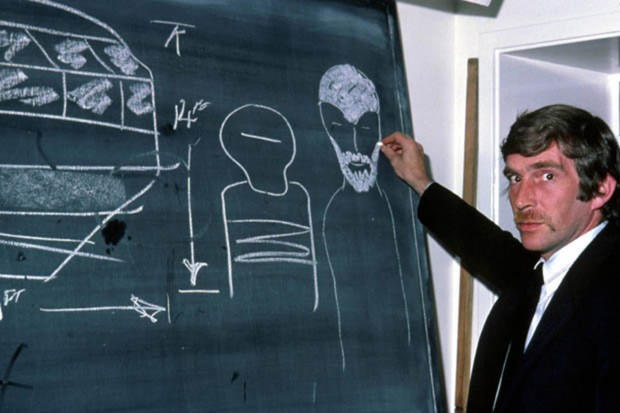 Former British cop Alan Godfrey believes he was the victim of an alien abduction when he was on a night patrol in November 1980.

The respected policeman was suddenly startled by a brightly lit craft on the road in front of him, which he claimed was “the size of a bus.”

The UFO was 14ft tall, rotating and hovering five feet above the ground, but when the creeped-out cop tried to radio for help, Pc Godfrey found his device was dead.

The next thing remembered was driving along the road again 30 yards beyond the point where he was stopped.

He found he couldn’t remember the 15-minute period after spotting the craft, and filed an official report when other officers and a lorry driver saw similarly strange lights in the same area as his encounter.

Under hypnosis, the policeman later recalled seeing small beings on the UFO, as well as a figure who conducted medical tests on him. Pc Godfrey said: “This was a solid craft, not a trick of the mind.

“I would swear on the Bible it was from somewhere else.”