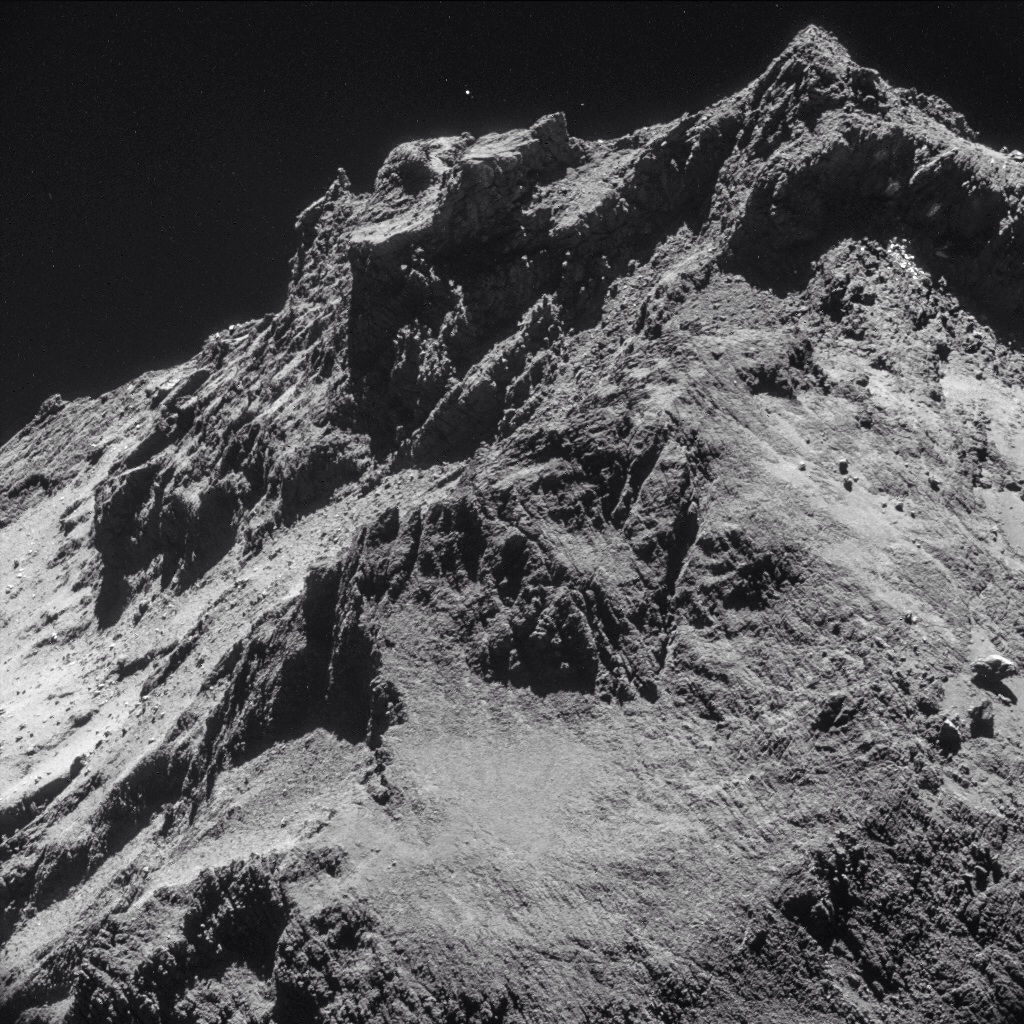 Among the results gathered by the Lander, was the discovery of organic molecules in the atmosphere just above the comet’s surface.

This find could indicate that the building blocks of life from which we are all based were originally brought to the Earth by comets much like this one.

It also give evidence that life could exist on other worlds, or even comets.

Scientists looking over the spoils from the plucky little Philae probe released some of the first results from the mission Monday after a hectic week of descent preparations, a dramatic landing that included three touchdowns, and more than 60 hours of data gathering.

Is it proof of alien life?

“We have collected a great deal of valuable data, which could only have been acquired through direct contact with the comet,” said Ekkehard Kuhrt, scientific director for the Philae mission at DLR — the German space agency. “Together with the measurements performed by the Rosetta orbiter, we are well on our way to achieving a greater understanding of comets. Their surface properties appear to be quite different than was previously thought.”

Rosetta continues flying around comet 67P/Churyumov-Gerasimenko, with at least another year of observations planned as the icy world moves toward the sun. It will heat up and give off more gas and dust through perihelion — its closest approach to the sun — in August 2015.

Before its battery died, Philae unfurled an instrument boom to study the comet’s surface properties. The MUPUS instrument was designed to hammer into the nucleus about 1.5 meters (about 5 feet) from the lander, and data show the system worked as planned despite Philae’s precarious position lodged against a rocky face at an angle with one leg pointing into space.

“Although the power of the hammer was gradually increased, we were not able to go deep into the surface,” said Tilman Spohn, head of the MUPUS instrument on Philae. “We have acquired a wealth of data, which we must now analyze.”

According to a DLR press release, the MUPUS team estimates the outer skin of the comet’s nucleus — at least where Philae settled after its bouncy landing — is as hard as ice.

“With MUPUS it has been possible to directly study the strength of a comet’s surface for the first time — and 67P/Churyumov-Gerasimenko proved to be a ‘tough nut to crack,’” DLR said in a statement Monday.

The MUPUS sensors were supposed to measure the comet’s temperature, the mechanical properties of its surface, and its thermal conductivity.

Only thermal and acceleration sensors in Philae’s two harpoons were not used, DLR said, because the anchoring system was not deployed during landing.