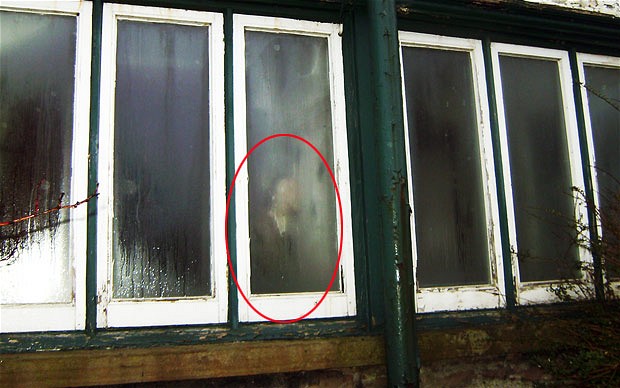 Demolition workers were given a fright after photographing a ghostly figure   peering through the window of a derelict Victorian guesthouse in Kendal,   Cumbria.

The image is said to bear an eerie resemblance of Frances Grimshaw, who worked   at the guesthouse and stood for hours at the same window taking bookings.

David Grimshaw, a former resident at the property, said he was convinced the   figure is the ghost of his mother, who died nearly a year ago aged 87.

He believes her spirit may have appeared to protest at the demolition of   Meadowbank House, which she adored.

“That is my mother. I’m totally convinced – no one else looks like that.   She had glasses and big earrings and she used to wear a dress with a bow at   the front,” he said.

“She used to stand in that room for hours on the phone – it was the   guesthouse reception and she took bookings from there.”