NASA remain puzzled by the identification of four perfect holes, sitting side by side on the surface of Pluto.

The latest pictures from released by NASA confirm the unexplained mystery.

Just days ago the US Space Agency released the latest images of the spots, saying: “Three billion miles from Earth and just two and a half million miles from Pluto, NASA’s New Horizons spacecraft has taken its best image of four dark spots that continue to captivate.

“The spots appear on the side of Pluto that always faces its largest moon, Charon.”

Unfortunately, we are not going to get any closer views than those released on Saturday, as it was the face that was invisible to New Horizons as it passed Pluto at the closest point yesterday.

Alan Stern, of the Southwest Research Institute, Boulder, Colorado, described the image as “the last, best look that anyone will have of Pluto’s far side for decades to come.”

The spots are connected to a dark belt that circles Pluto’s equatorial region.

What continues to pique the interest of scientists is their similar size and even spacing. 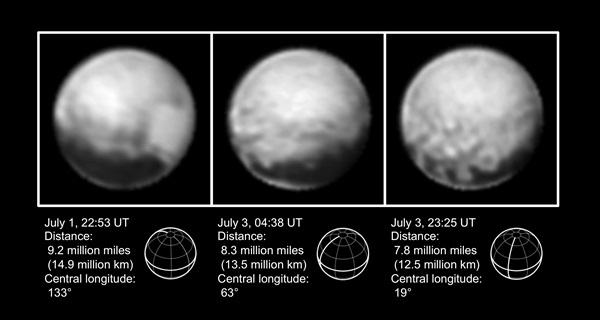 “The large dark areas are now estimated to be 300 miles across, an area roughly the size of the state of Missouri. In comparison with earlier images, we now see that the dark areas are more complex than they initially appeared, while the boundaries between the dark and bright terrains are irregular and sharply defined.” 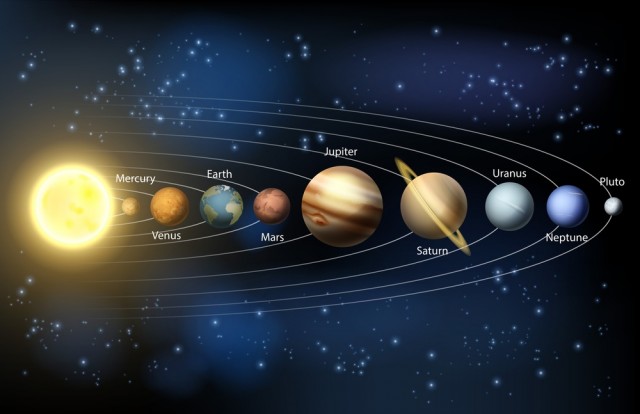