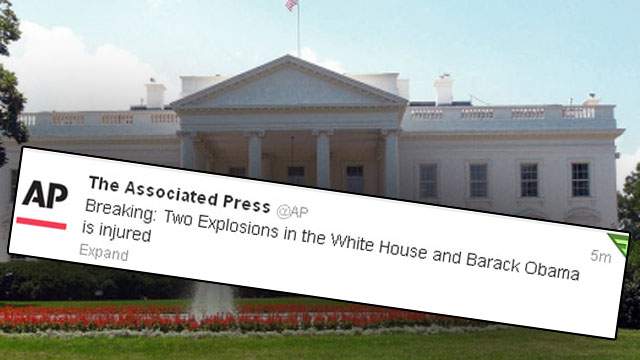 On April 23rd, 2013, the Associated Press tweeted out the following: “Breaking: Two Explosions in the White House and Barack Obama is injured.” The tweet, which went up at approximately 1:07 PM Eastern Standard Time, had an immediate impact on the economy.

Over the next few minutes, the stock market would plunge dramatically, losing close to $136 billion. Many credit this to the then-recently implemented Twitter feeds on the Bloomberg LP financial trading terminals, which included the tweets of select journalistic entities in their convoluted algorithms.

As many tried to figure out the root of this issue – such as who had perpetrated it, along with “how” and “why” – many point to it as a cautionary tale of social media… how one tweet nearly cost the US economy $136 billion.