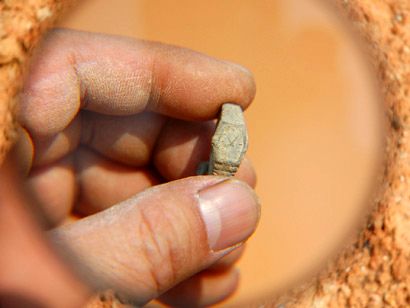 The famous Swiss watch found in a tomb in China is an example of possible time travel evidence. This cool and interesting discovery was made in December 2008. Chinese archaeologists allegedly removed the opening of a giant coffin within what was believed to be an undisturbed, 400-year old Si Qing tomb in Shangsi County.

As they removed the soil around the coffin, however, they were shocked  to discover the tiny watch.

A small piece of metal shaped like a watch, with the time frozen at 10:06.

They believed they were the first to visit the Ming dynasty grave in Shangsi,  southern China, since its occupant’s funeral.

The watch in the shape of a ring marked  ‘Swiss’ that is thought to be just a century old. The mysterious timepiece was encrusted in mud and rock and had stopped at  10:06. Watches were not around at the time of the Ming Dynasty and Switzerland did  not even exist as a country, an expert pointed out.

When officals from the China historical department said “Time Travel! – no comment” it made world news. 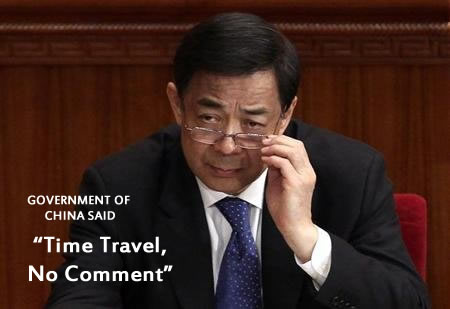 The archaeologists were also  filming a documentary with two journalists when they  made the puzzling discovery.

‘When we tried to remove the soil wrapped around the coffin, suddenly a piece  of rock dropped off and hit the ground with metallic sound,’ said Jiang Yanyu,  former curator of the Guangxi Museum.

‘We picked up the object, and found it was a ring. ‘After removing the covering soil and examining it further, we were shocked  to see it was a watch,’ he added. The Ming Dynasty – or the Empire of the Great Ming – was the was ruling  dynasty in China from 1368 to 1644

You must read the following story on time travel

Now – evidence of real time travel, and who funded it, read here