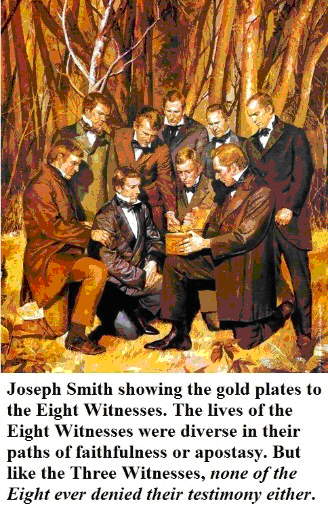 What are the facts behind this case?

Well, it appears the Mormons had knowledge of the future  – A mid 1800s illustration depicts two square transparent objects – which look like empty plastic jewel cases.

Time Travel is responsible for the Joseph Smith encounter in 1820, the evidence is very clear. We have a painting as evidence of CD roms being given to him 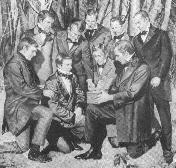 At least twenty five ancient texts describe the contents of the ancients cd-rom.

Two modern cd-roms are documented and described (circa 600BCE) in the Book of Mormon. 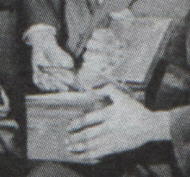 This establishes that (somehow – Angels ?? Time Travellers ?? God ??) took two named mid 1990s cd-roms back to the past many times. It is noted in the Mormon chronicles that these objects were placed in a box. Angel(s) turned up to Joseph Smith and showed him where that box was hidden. He opened the box, noted these artifacts, and had a picture drawn of him holding ‘2 plates’. He described the artefacts as “here were two stones in silver bows-and these stones, fastened to a breastplate, constituted what is called the Urim and Thummim”

Has this been investigated?  yes, some guy called Ronald Pegg claimed that: