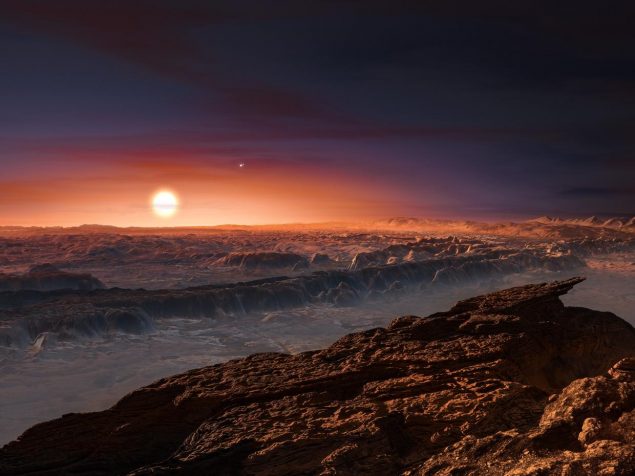 The discovery of alien life could be a step closer after scientists found a newly discovered planet is “likely” to harbour life forms.

A team at the Marseille Astrophysics Laboratory (CNRS) believes planet Proxima b, which was first spotted in August, has seas and could even be an “ocean planet” with water covering its whole surface.

The presence of water raises the tantalising prospect that Proxima b could be home to alien life.

The Earth-like planet orbits Proxima Centauri, the closest star to our sun. It is estimated to be 1.3 times the mass of Earth and is 4.22 light years away.

Proxima b lies inside the “habitable zone” of the star it orbits, meaning it could have a surface temperature in the range needed to support life.

Scientists have previously suggested it could be the first exoplanet – a planet outside our solar system – to one day be visited by robots from Earth.

Will we find alien life?

In the new study, published in the Astrophysical Journal Letters, the researchers described how they had calculated its dimensions and the possible nature of its surface.

They suggested the planet could be covered by “a single liquid ocean 200 kilometres deep.

The CNRS team said: “This planet, called Proxima b, is in an orbit that would allow it to have liquid water on its surface, thus raising the question of its habitability.