Home Alien Life Reason why this could be the year we discover proof of aliens!
UNEXPLAINED MYSTERIES 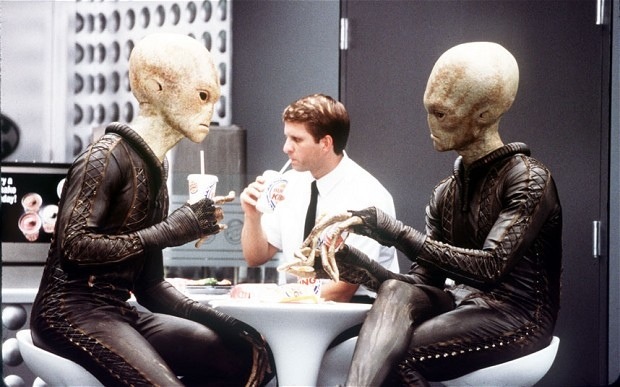 First landing on a comet

Our machines have so far made successful landings on the Moon, the planets Mars and Venus, and Saturn’s moon Titan. Next November a small robotic probe called Philae will detach from the Rosetta spacecraft (a European mission to explore comet Churyumov-Gerasimenko) and land on its surface.

Comets are deeply mysterious objects. Though often called “dirty snowballs” due to their composition of various ices, including water, they are actually lumps of complex chemistry, including organic compounds. It should be stressed here that “organic” in the chemical sense means “contains carbon” rather than “alive”, but that has not stopped some scientists speculating that comets, and objects like them, may act as cosmic dispersal systems for primordial microbes throughout the universe (a hypothesis called panspermia, which sounds crazy yet which has never been entirely discredited). Philae, some of whose components were built in Britain, may answer the question of whether comets supplied the early Earth with the bulk of its oceanic water. And it will provide some spectacular images. We may just discover alien evidence.

The biggest and most expensive particle accelerator ever built is currently shut down for maintenance and a series of upgrades which will mean that, when it is switched on, it will operate at double the power it had at its disposal when it found the elusive Higgs boson. This will almost certainly not happen until early 2015, but Cern’s scientists will spend this coming year poring over the countless petabytes of data produced by the LHC already, and preparing for the reactivation of a machine that may be able to solve some of the greatest mysteries in science, including the nature of dark matter and even the detection of parallel universes.

Nasa’s Mars mega-rover, Curiosity, which landed in Gale Crater in August 2012 and has been trundling around since, has made a number of interesting scientific discoveries. These include finding conglomerate rocks that were probably laid down in an ancient river, and recent confirmation that “life-friendly” conditions (ie, warmish weather and liquid water) pertained on this part of the Red Planet’s surface billions of years ago.

But Curiosity has not found microbial life on Mars, nor evidence of past life. Its critics say it was a mistake not to equip it with a life-detector (such as was fitted to the twin Viking landers of 1976) and that Curiosity represents a missed opportunity. Perhaps, but there is a chance that the nuclear-powered machine could detect something interesting in 2014 as it begins its long ascent up the flanks of 18,000ft Mount Sharp, which lies in the middle of the crater. If Mars was ever home to microbial life, or even something bigger, then Curiosity might – just might – be able to spot the fossil evidence in the rocks. And it is possible – just possible – that it could even spot something alive: a very long shot, perhaps, but Mars is a very strange place and may yet surprise us.

ET gets in touch

The longest shot of all, and there is no reason to believe that it is any more likely to happen in 2014 than the year after or indeed a thousand years hence. But that said, the more we learn about the universe the more, not less, curious it seems that we are apparently alone. When scientists including Enrico Fermi and Frank Drake first started seriously speculating about the possibility of extraterrestrial civilisations more than half a century ago, astronomers knew of only one solar system in the whole of the cosmos – ours. Now we know of more than a thousand, several containing apparently Earthlike planets, a handful of which may lie in their stars’ “habitable zone”, an orbit in which it is neither too hot nor too cold for liquid water to exist.

All this raises the question: where the heck is everybody? Given that we have the technology today (but not as yet the money) to build telescopes big enough to spot signs of life spectroscopically on nearby “Earth analogues”, if intelligent life is as common as some suspect then it is certain that by now the aliens have used their telescopes to detect us. Maybe a signal is overdue. Or maybe someone is on their way. Or, of course, there is simply no one out there. The wonderful thing is that any of these possibilities is equally awe-inspiring.