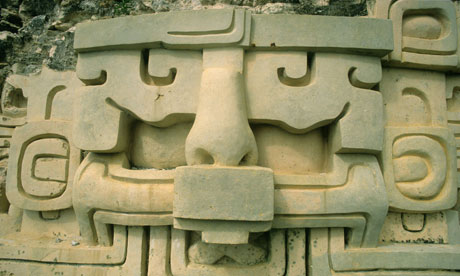 This could be the proof of Alien life the world has been waiting for!

The ancient Mayans had contact with alien visitors who left behind evidence of their existence, according to a new Mexican documentary.

Sundance winner Juan Carlos Rulfo’s Revelations of the Mayans 2012 and Beyond is currently in production for release this year to coincide with the end of the Mayan calendar.

Producer Raul Julia-Levy said the documentary-makers were working in cooperation with the Mexican government for what he said was “the good of mankind”. He said the order to collaborate had come directly from the country’s president, Álvaro Colom Caballeros.

“Mexico will release codices, artefacts and significant documents with evidence of Mayan and extraterrestrial contact, and all of their information will be corroborated by archaeologists,” he said. “The Mexican government is not making this statement on their own – everything we say, we’re going to back it up.”

Caballeros himself was conspicuous by his absence from the statement released by Julia-Levy. So far, the minister of tourism for the Mexican state of Campeche, Luis Augusto García Rosado, appears to be the highest-ranking government official to go on record confirming the discovery of extraterrestrial life, but he’s not holding back.

In a statement, Rosado spoke of contact “between the Mayans and extraterrestrials, supported by translations of certain codices, which the government has kept secure in underground vaults for some time”. In a telephone conversation with the Wrap, he also spoke of “landing pads in the jungle that are 3,000 years old”.

The documentary is believed to focus in part on previously unexplored sections of a Mayan site at Calakmul, Mexico, as well as a number of sites in Guatemala, where officials are also backing the documentary.

“Guatemala, like Mexico, home to the ancient-yet-advanced Mayan civilisation … has also kept certain provocative archeological discoveries classified, and now believes that it is time to bring forth this information in the new documentary,” Guatemala’s minister of tourism, Guillermo Novielli Quezada, said in a statement.

The Mayan calendar ends on 21 December 2012, a fact which conspiracy theorists have used to predict imminent apocalypse. However, according to Mayanist scholars there is no evidence that the Mayans themselves expected cataclysmic events to occur once the calendar had reached its denouement. More likely, it would simply mark the beginning of another 5,125-year-long cycle.