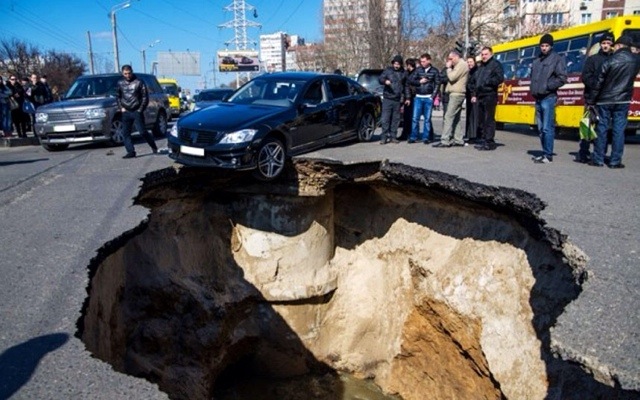 In scenes reminiscent of a disaster film, residential streets and major thoroughfares have emerged from the city’s harsh winter unable to withstand the pressure from daily traffic. 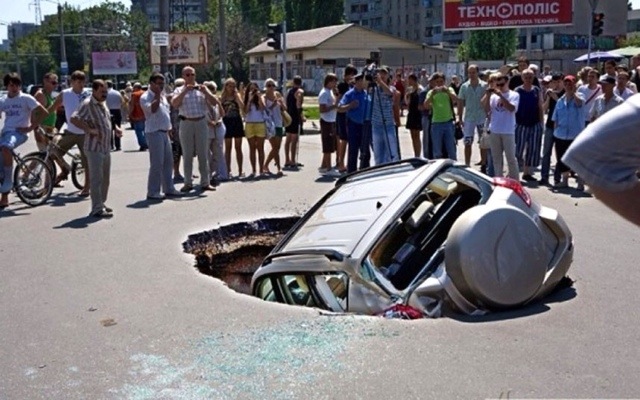 Giant holes in the ground have opened up swallowing cars, trucks and public transportation. 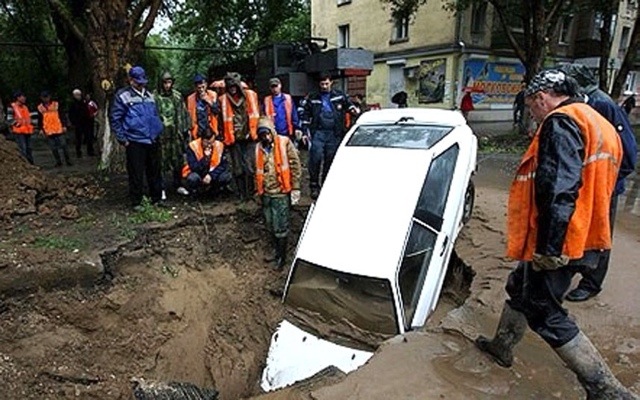 The city is disappearing fast 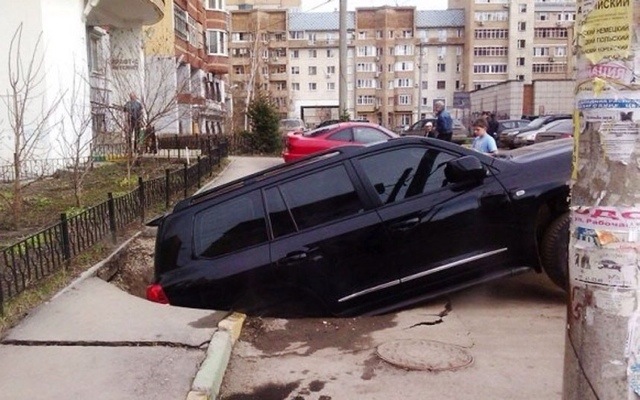 Even the rescue services are down! 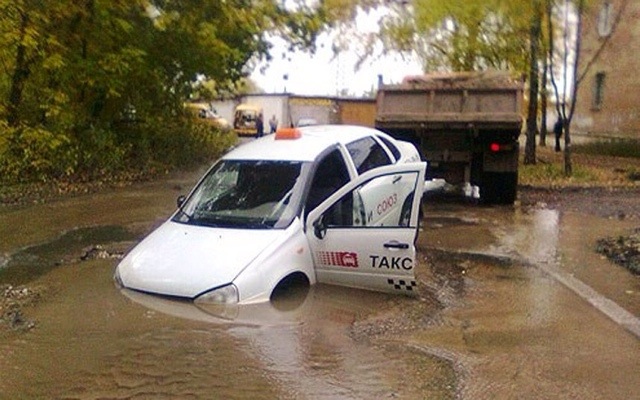 As temperatures dove to more than -20 Celsius, the ice and resulting melt water causes erosion both below and at ground level. 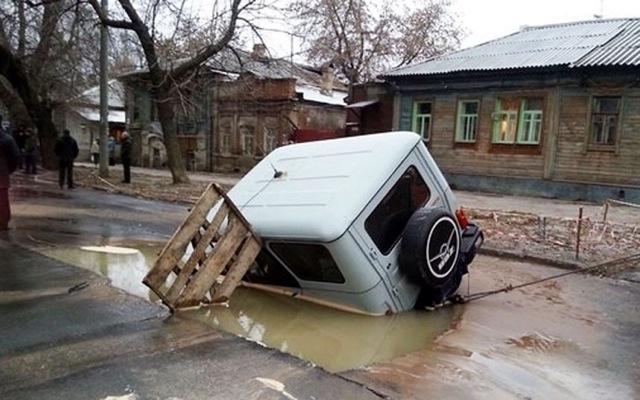 This is not the first time the city has suffered from crumbling tarmac. Every year the city suffers from severe potholes and three years ago the problem took another life after a driver’s car disappeared under a pavement as the road surface gave way. 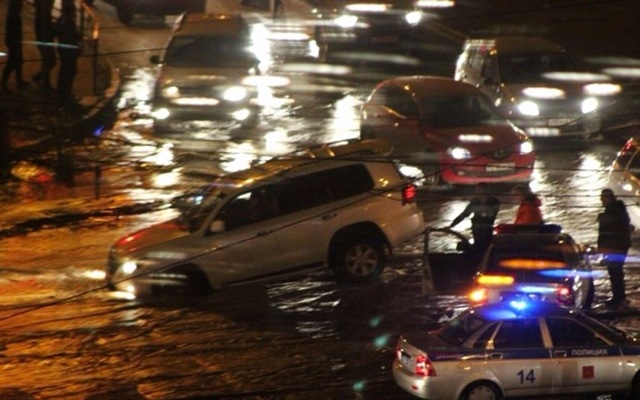