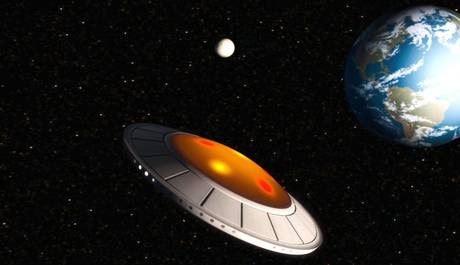 We are not ready to fight extraterrestrial civilizations, says defence official – but we will be soon!

On top of the troubling news this week that the Twitter account of Nasa’s Near-Earth Object Program, which monitors potentially hazardous asteroids and comets, isn’t operational because of the US shutdown, today comes further worrying news from Russia regarding threats from space.

Russia’s Aerospace Defence Troops, or ‘space troops’ as they have become known, are not prepared for an alien invasion, a defence official has said.

Russia Today reported that during a press conference at the Titov Main Test and Space Systems Control Centre near Moscow, the centre’s deputy chief Sergey Berezhnoy was asked about extraterrestrial security.

“So far we are not capable of that. We are unfortunately not ready to fight extraterrestrial civilizations,” Berezhnoy replied.

“Our centre was not tasked with it yet. There are too many problems on Earth and near it,” he added.

The Russian Space Forces were established initially in August 10, 1992 after the break-up of the Soviet Union. It was replaced in 2011 by the Russian Aerospace Defence Forces. This branch of the Russian military is responsible for air and missile defence and the operation of military satellites.

One of its tasks is also “monitoring space objects and the identification of potential threats to the Russian Federation in space and from space, prevention of attacks as needed.”

Russia Today reassures readers that despite the inability to defend the country against attacks from outer space the Russians do have “extremely effective and high tech means for dealing with terrestrial issues and threats.”