Legend has it that Nam Koo Terrace at 55 Ship Street was used by the Japanese military during WWII to house so-called “comfort women.” Since then, it has cemented itself as a place of paranormal interest thanks to accounts of people who claim to be able to hear the women’s cries coming from the building.

This is a less well known, but no less creepy urban legend. It takes us all the way to Hong Kong – there is an abandoned building called Nam Koo Terrace that hasn’t been renovated or redeveloped, despite its prime location and Hong Kong’s lack of sufficient housing space. In fact, the building is owned by a major property developer – who knows why they’ve chosen to leave this particular building in its dilapidated state.

The building is close to a hundred years old, and was once owned by a wealthy family. This family was apparently forced to evacuate in WW2 due to the Japanese invasion of Hong Kong – and it is rumored that this building was used by the Japanese as a location for the ‘comfort women’ – essentially a euphemistic term for local women who were forced into sexual slavery to service the Japanese troops.

The remaining member of the wealthy family moved back to Hong Kong after the war, but died shortly after. Since then, the ownership of the building has transferred to other parties, and is now owned by ‘Hopewell Holdings’. The odd thing is that this company has plans to demolish the building and replace it for a luxury hotel – their plan was even approved by the government, but for unknown reasons, this plan was never executed – and the building is still standing today, and remains vacant and unused.

Now here is the interesting part. Locals have often referred to the building as a haunted house – it is said that the spirits of the comfort women who died there remain in the building, and there are numerous accounts of people hearing screams and strange lights from inside the house.

It is reported that in the 1960s, a young girl came out of the house and started trying to attack nearby police officers with extreme violence. Apparently, there had been an attempted exorcism inside the property prior to this happening.

It wasn’t the last time something strange occurred inside those walls. In 2003, a group of eight teenage girls decided to put this ‘haunted’ idea to the test – they went to Nam Koo Terrace with the intention of spending the night there – perhaps they wanted a glimpse of the supernatural.

Well, they apparently got exactly what they asked for – three of the eight students are reported to have become extremely agitated whilst in the property, and one girl in particular is said to have had a psychotic break – as the girls panicked and fled out of the house, this one girl stayed behind, either unwilling or unable to step outside the confines of the gate. It was reported that this one girl had also taken on a different personality and was speaking in a voice that didn’t sound like her own.

The police were called, and when they tried to lead the girl off the property, she responded with violence – it took two grown police officers to subdue the unhinged teenage girl, and later she and the two other distressed girls were sent to the hospital for psychiatric treatment. 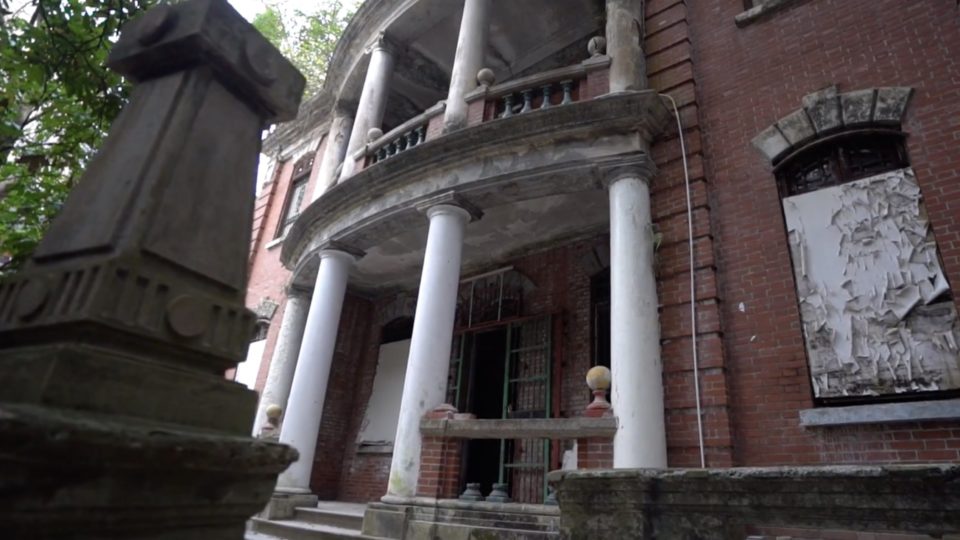 Over the years, there have also been a number of bodes found inside the house or on the grounds – apparently as many as 30 suicides have occurred around the location – some bodies were recovered from the rooms, and some needed to be cut down from trees in the garden.

Apparently, people who go into the house have visions of a bloody drenched or decapitated woman and hear piercing shrieks (even if they cover up their ears) – others have also said to have witnessed a man, dressed all in black, roaming the corridors in the property.

The official stance of the company that owns the property is that they plan to let it stay standing due to its status as a historical building – despite their previous plans for demolishing it.

Keep in mind – while some of the claims about the building may be exaggerated, the story regarding the experiences of the 8 teenage girls has been confirmed – in fact, it was reported by a number of newspapers at the time. You can see the original chinese newspaper article here: