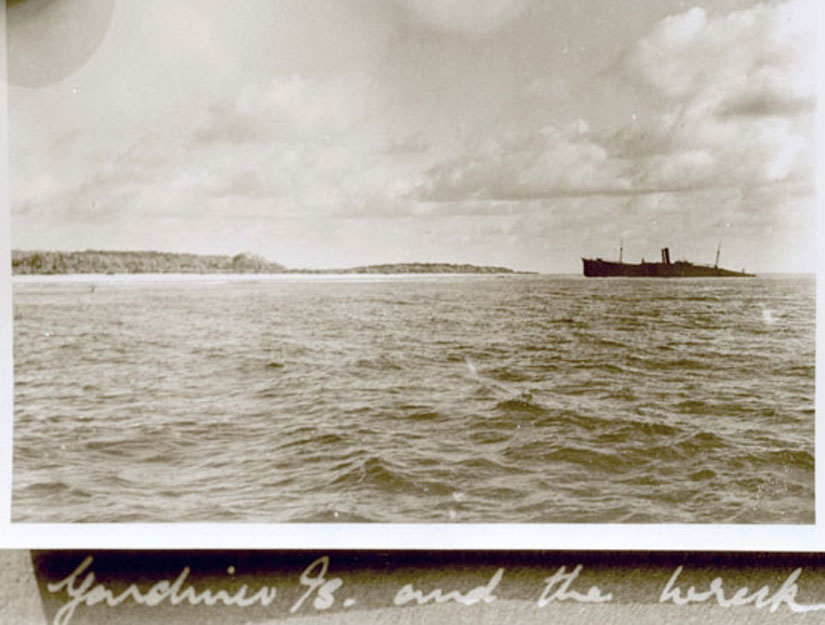 A grainy photo from 1937 appears to show something on the reef off of Nikumaroro.

Components of Amelia Earhart’s plane might have floated for weeks in the waters of an uninhabited island in the southwestern Pacific republic of Kiribati, according to new analysis of a photograph taken three months after the disappearance of the glamorous aviator on July 2, 1937, during a record attempt to fly around the world at the equator.

Shot by British Colonial Service officer Eric R. Bevington in October 1937, during an expedition to assess the suitability for future settlement and colonization of Nikumaroro, a deserted island between Hawaii and Australia, the grainy photo has prompted a new expedition to find pieces of Earhart’s long-lost Lockheed Electra aircraft.

The 26-day expedition and its findings will be captured by a film crew from Discovery Channel and aired as a documentary in August.

Archival research and a number of artifacts unearthed on Nikumaroro during nine previous archaeological expeditions have provided strong, circumstantial evidence for a castaway presence on the coral atoll.

Gillespie believes that Earhart’s twin-engined plane did not crash in the Pacific Ocean, running out of fuel somewhere near her target destination Howland Island. Instead, he thinks Earhart and navigator Fred Noonan made an emergency landing on Nikumaroro’s flat coral reef. There, they would have survived as castaways “for a matter of weeks, possibly more,” said Gillespie.