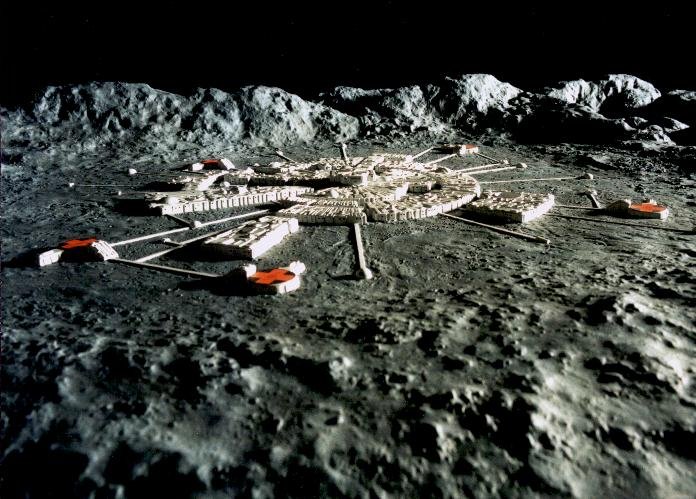 Secret Ancient Alien Base found on the moon

A recent claim about the presence of an operational Moon base was made by Dr. Michael Salla, who works with the Chinese space agency in their attempts to achieve a manned mission to the Moon. If successful, this will be the first such landing since NASA’s Apollo 17 in 1972.

Salla also says that the base was the result of the “military industrial extraterrestrial complex.” Even more outlandish were his comments that NASA was actively bombing such bases as well as “ancient artifacts and facilities” to cover up their existence.

Furthermore, he has stated that secret mining missions were being carried out by a “secret world government” that had made a covert pact with an unknown extraterrestrial race. Like any such claims, make of them what you will. 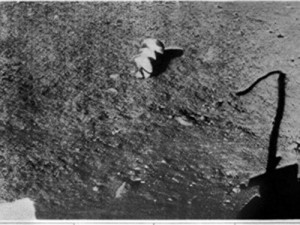 This staggering photograph above, which appears to show an axle and wheels abandoned on the moon’s surface, was taken by the Luna 13 spacecraft following a successful Soviet moon landing on December 24th, 1966.

It was the second ‘soft landing’ the Soviets had achieved, but only the first in the Sea of Clouds, where this photograph was taken.

So what is the strange object lying abandoned on the moon’s surface? Where did it come from? Who left it there?

Two other Soviet spacecraft, Luna 2 and Luna 5, had impacted the moon at the Sea of Clouds prior to the Luna 13 landing, and speculation is that the ‘axle and wheels’ might have belonged to one of these craft. But there is a problem with this theory.

Luna 2 is known to have impacted the moon at Latitude 29.10 N, 100s of miles from the site of the above photograph, while the precise details of Luna 5’s crash site remain unknown. 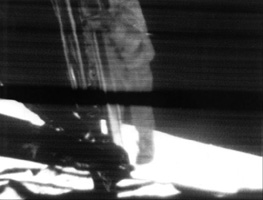 Moonbase: Are There Aliens On The Moon?

According to Neil Armstrong, the first man to walk on the moon, two massive alien spacecraft were waiting there to greet him as he and the Apollo 11 Lunar Module touched down on the moon’s surface in July 1969.

Alleged conversations between Armstrong, Mission Control and an unnamed professor also disclose the reasons behind the US government’s shock decision to cancel the Apollo Moon Landing program in 1973.

It was in response to an alien warning.

For the past 40 years the rumour mill has spun itself out of orbit with claims about what Armstrong actually said following his historic moonwalk.

Though the images were grainy, and the quality of the transmission poor, millions of Americans none the less heard Armstrong’s now-immortal ‘One small step for man, one giant leap for mankind’ speech.

But it is what he is alleged to have said next that has caused such fierce debate – and no small controversy – across the intervening decades.

Through the crackle and pop of what many believe was a deliberately contrived poor-quality broadcast, Armstrong was heard to say he could see a ‘light’ on the rim of a nearby crater. Mission Control responded with a request for more information, following which the transmission went dead.

For a full two minutes nothing was heard…

Or was it? According to former NASA employee, Otto Binder, who worked on the Apollo program, US radio hams picked up the following conversation, which was alleged to have taken place during the transmission black-out.

Neil Armstrong: ‘What was it? What the hell was it? That’s all I want to know…’

Neil Armstrong: ‘These babies are huge, sir … enormous. Oh, God … you wouldn’t believe it! I’m telling you there are other spacecraft out there, lined up on the far side of the crater edge. They’re on the moon watching us…’

‘The encounter was common knowledge in NASA,’ he said in 1979. ‘But nobody has talked about it until now.’

Chatelain also confirmed radio communications were interrupted several times during the Apollo 11 mission ‘in order to keep the truth from the public’.

And there is further evidence of Apollo 11’s alien encounter.

According to several sources, colour movie footage of the alien craft was shot by Armstrong’s companion, Edwin ‘Buzz’ Aldrin, the second man to walk on the moon. These same sources claim the CIA took charge of the footage on Apollo 11’s return to earth. Even Armstrong himself is reported to have been silenced on the matter, though naturally he has always publicly denied this.

“Luna Base,” according to many UFOlogists is an newly discoverd ancient  Alien base on the far side of the Moon (e.g., the side we never see).  They say it was filmed by the Apollo Astronauts and a number of  probes on fly by missions.. They also claim the base  was an HQ for a massive mining operation using very large machines to likely extract valuable and rare particules found deep within the moons rocks. The have evidence to suggest the base was vacated around 3-5,000 years ago.

According to unamed NASA sources, previous trips to the moon have failed to make visual contact with the base or indeed any other world inhabitants. Radio transimissions directed to the suspected alien bases remain unanswered. Pictures unrealeased do show clear evidence of “man” made structures and what looks like the fossolised remains of giant drillinging machines. Sonar images confirm deep “mines” running in crisss cross patterens below the surface area of the base.

Conspitracy theroist claim NASA and the Secret service are keeping the story under wraps.