Examining declassified FBI and U.S. military intelligence files, Jerome Corsi makes a compelling case that U.S. investigators suspected from the beginning Hitler had escaped. For political purposes, the evidence indicates, they were willing to go along with the cover story that in the final days of World War II, Hitler married his mistress, Eva Braun, and the two took their lives in a joint-suicide ritual just before the Soviet army entered Berlin.

But the truth is, no one actually saw Hitler commit suicide. There are no photographs documenting a joint suicide of Hitler and Eva Braun, and the bodies of the two were never recovered or preserved for positive identification.

In 2009, Corsi pointed out, Nicholas Bellatoni, the Connecticut state archaeologist, was allowed by the Russian Federation State Archive in Moscow to examine skull fragments the Russians have claimed for decades are proof Hitler committed suicide.

“What caused me to question Hitler’s suicide was Bellatoni’s DNA analysis that proved conclusively the skull fragments belonged not to Hitler, but to a 40-year-old woman unrelated to Eva Braun,” Corsi said.

In “Hunting Hitler,” Corsi posits Hitler made his way to Argentina with the help of U.S. intelligence agents that had been secretly working with the Nazis since 1943. Allen Dulles, then an agent f the Office of Strategic Services, or OSS, the predecessor agency to the CIA, was communicating secretly with top Nazis from his office in Bern, Switzerland, Corsi said.

Corsi brings to light many troubling questions, including:

Why were the Americans unable to obtain physical evidence of Hitler’s remains after the Russians absconded with his body?
Why did both Stalin and Eisenhower doubt Hitler’s demise?
Why did nobody in Hitler’s bunker hear any shots fired?
Did U.S. intelligence agents in Europe, including the OSS and Allen Dulles (who later headed the CIA under President Eisenhower), aid Hitler’s escape, as they did with so many other Nazis?

Argentinean media reported Hitler arrived in the country and it continued to report his presence. Why have the findings not made it to the US?

Corsi relies on autopsy reports, interrogation transcripts, documents from Soviet archives, CIA reports, extensive research in the National Archives and Records Administration in Washington, D.C., and in College Park, Md., and more to back up his case.

Did U.S. intelligence help Hitler get away?

His evidence is shockingly abundant, and his clear argument lends credence to a new theory that disembowels the double-suicide narrative.

“The story Hitler and Eva Braun committed suicide was a cover story, designed by U.S. intelligence agents at the end of World War II to facilitate the escape not only of Hitler and Eva Braun, but also of top Nazi war criminals such as Adolf Eichmann who was discovered in 1960 hiding in Argentina,” Corsi argued. 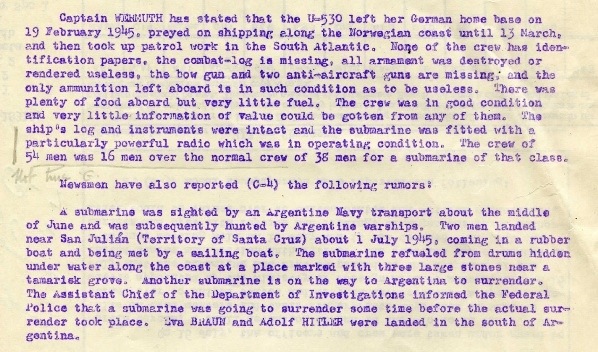 Was Hitler on the U-530? Did Hitler escape to Spain?

Tracing Hitler’s escape route, Corsi found in the National Archives documentary evidence Hitler got to Argentina in a German submarine, the U-530 that mysteriously surfaced outside the harbor at Mar del Plata under the command of Otto Wermuth and his executive officer, Karl Felix Schuller, after having spent weeks making surreptitious drops of passengers along Argentina’s Atlantic shore. 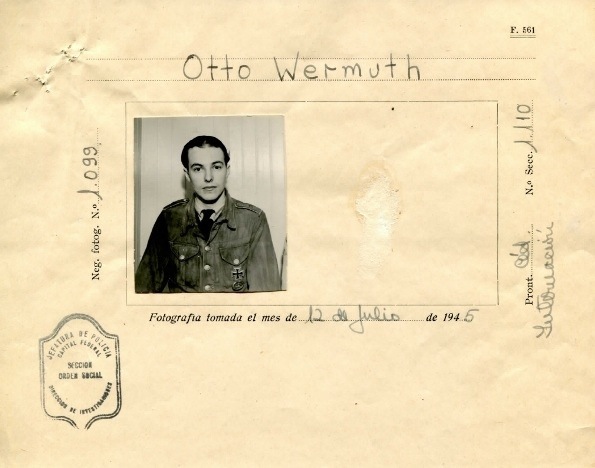