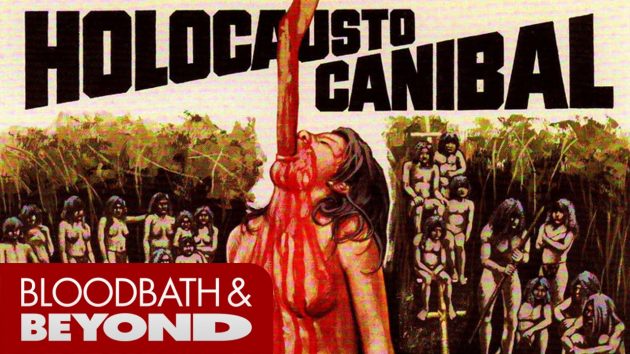 The Cast of Cannibal Holocaust

Still one of the most controversial films ever made, the 1980 Italian exploitation-fest cannibal Holocaust depicted such realistic and horrifying violence that Italian authorities believed it was an actual snuff film. Ten days after its release, authorities confiscated prints of Holocaust and arrested its director on suspicion of murder. Not helping matters much was the fact that the film’s cast had signed agreements saying they would lay low for a full year after the film’s release, fueling rumors that they were, in fact, slaughtered for the camera. Finally facing life in prison, the director voided his actors “no-media” contracts so they could come forward to clear his name.

A stroke incapacitated black nationalist leader Marcus Garvey in 1940. Rumors began to circulate that he had died, and before Garvey could quell them, the Chicago Defender ran an obituary that described him as a man who died “broke, alone and unpopular.” When Garvey read the unflattering passage he let out a loud moan and collapsed to the floor, where he suffered a second stoke. By the following morning, he was dead at 53.

Things To Do in Texas When You’re Dead

In his 16-year career, major league relief pitcher, Bill Henry, played for the Boston Red Sox and the Cincinnati Reds, rang up 46 wins, and even pitched in the 1961 World Series. In August 2007 the Lakeland, Florida Ledger reported that Henry had passed away at the ripe old age of 83, and the Associated Press picked up the story for national distribution.

Bill Henry didn’t live in Lakeland where he had supposedly died, though. He lived (and still lives) in Deer park, Texas. Once the Ledger got wind of the truth, a very strange story came to light: Another man named Bill Henry, a salesman from Florida, had stolen the player’s identity and spent 20 years passing himself off as the retired major league pitcher. The fake Henry, who was 83 when he died, had fooled everybody – including his wife – who later said, “I was married to somebody that maybe I didn’t know.”

How did the imposter explain the incorrect birthday listed on his baseball card? “A printing error.” The “fake” Bill Henry even gave lectures twice a year at a Florida college entitled “Baseball, Humor and Society.” After the matter was cleared up, however, the real Bill Henry harbored no ill feelings. “I just hoped maybe it helped him in his [sales] career,” he said.

The Not-Quite-Canonized Thomas a Kempis

Well-known medieval author-monk Thomas a Kempis, it is said, was accidentally buried alive in 1471. A most decidedly low-temperature dude in life – he spent most of his time engaged with quiet devotional exercises and copying the Bible by hand – he was apparently not so cool under pressure when it came to death. When authorities exhumed his body some time later, they found scratch marks on the underside of the coffin and splinters of wood under his fingernails. As if it wasn’t bad enough to be buried alive, when the Church discovered the tragedy, they promptly shut down efforts to canonize Kempis as a saint. Their reasoning? “Surely no aspiring saint, finding himself so close to meeting his maker, would fight death in this way!” Talk about adding insult to being buried alive . . .

In 1816, the writer heard his name mentioned in a hotel by a man reading a coroner’s report in the newspaper, who remarked that “it was very extraordinary that Coleridge the poet should have hanged himself just after the success of his play, but he was always a strange mad fellow.” Coleridge replied: “Indeed, sir, it is a most extraordinary thing that he should have hanged himself, be the subject of an inquest, and yet that he should at this moment be speaking to you.” (Now that’s what I call a killer comeback!) Turns out a man had been found hanging from a tree in Hyde Park – an apparent suicide – and the only identification he was the name “S.T. Coleridge” written on the inside of the collar of his shirt. Coleridge thought the shirt had probably been stolen from him.

A Japanese soldier stationed in the Philippines during World War II, Hiroo Onoda was presumed dead after the allies recaptured the country in 1945. But he and a few comrades had fled into the jungle to hide,and for 29 years, that’s where he stayed. Unwilling to believe that the war had ended, he and his scrappy fellows continued to launch mini-attacks against Filipino citizens that killed dozens over the years. In 1959, he was declared legally dead in japan,and in 1972, when the last of his co-patriots were killed in gunfights with local forces, Onoda was finally alone.

Onoda stayed for two more years, until the Japanese government found his old commanding officer from the war – he had become a bookseller many years before – who was flown to the jungle, where he informed Onoda of the defeat of Japan in WWII and ordered him to lay down his arms. Lieutenant Onoda emerged from the jungle 29 years after the end of World War II, and accepted the commanding officer’s order of surrender in his dress uniform and sword, with his Arisaka type 99 rifle still in operating condition, 500 rounds of ammunition, and several hand grenades. Onoda later wrote a book about his experiences and started a nature camp for kids designed to teach them survival skills.