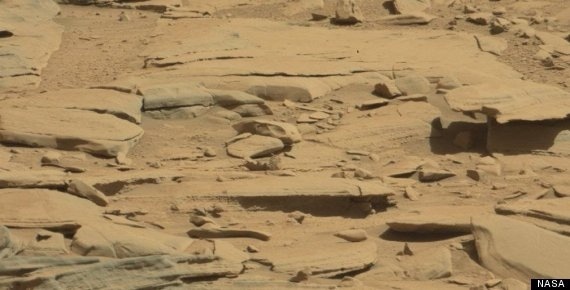 The oddly shaped object – which is overwhelmingly likely to be a funny-shaped rock – was discovered in a picture taken by the $2 billion Curiosity rover, and posted to the web by Nasa.

The picture does indeed look like a dinosaur’s skull, with spaces for eyes and a jaw-like shape on the bottom half of the rock:

The image in question is still on Nasa’s website. Nasa hasn’t issued a comment yet, because this is a rock.

Could it really be an alien skull?