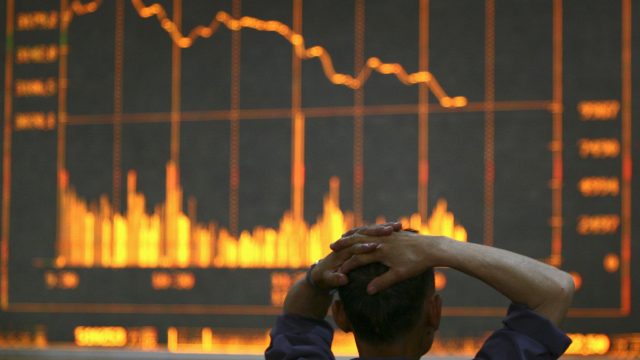 Strange and mysterious facts about Bitcoin

It’s almost impossible not to have heard about Bitcoin and the other cryptocurrencies over the last few years. But few people are aware of the mysterious and strange facts surrounding them.

The Bitcoin has been heavily criticised, with former Wells Fargo chairman and CEO Dick Kovacevich declaring he believes bitcoin is a scam and a “pyramid scheme”.

Mysterious inventor of the Bitcoin

Satoshi Nakamoto is the name used by the unknown person or persons who designed bitcoin and created its original reference implementation.

As part of the implementation, they also devised the first blockchain database. In the process they were the first to solve the double-spending problem for digital currency. Nakamoto was active in the development of bitcoin up until December 2010 – when he simple vanished without a trace.

When he vanished, he took with him an alleged total of at least 19,600 but maybe 1 million bitcoins – being the coins from the first blocks mined. The value of these missing bitcoins peaked at a staggering $5.8 – $300 billion fortune.

Despite extensive investigation and research – no one has come close to identifying Nakamoto or finding the total of his missing Bitcoins. 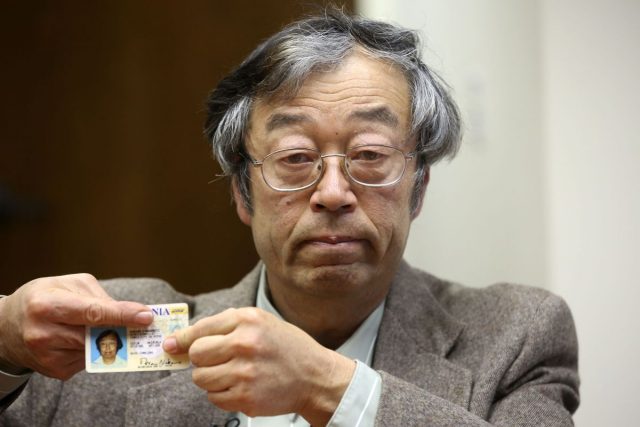 In 2014, Newsweek claimed Dorian S Nakamoto, an unassuming retired engineer, as the creator of bitcoin. Dorian S. Nakamoto, named “Satoshi Nakamoto” at birth. He was almost 70 years old, and lived in Los Angeles with his mother.

The bumbling and shocked Dorian, who claimed never to have heard of the digital currency, was besieged by journalists for days, prompting him to plot a harassment lawsuit.

Two weeks later, he issued a statement to Newsweek, stating he “did not understand, create, invent or otherwise work on Bitcoin.”

Dorian Nakamoto’s claim was corroborated by the actual Bitcoin creator Satoshi Nakamoto a day later, with Satoshi’s username mysteriously surfacing in an online forum to post: “I am not Dorian Nakamoto.”

In the aftermath of Newsweek’s crazy claim, a compensatory fund set up for Dorian raised over 67 BTC. Like his namesake, the faux Satoshi has exercised remarkable restraint, leaving his haul of coins untouched until June 2017 – when he finally cashed out, making himself close to $300K

The Mystery of Dorians Bitcoins

The contents of his Bitcoin wallet went untouched until June 17 of this year, when the first 21.5 BTC was moved. Another 15 BTC was moved the same day over the course of five separate transactions. Then, on July 12, the wallet was emptied in a single transaction of 52 BTC.

Over the next three weeks, these coins moved through almost a dozen different bitcoin addresses before seemingly being reunited, on August 7, in a single address. This address has only ever conducted two transactions, one to receive 67.8 BTC and another, three minutes later, to move those BTC to what looks like an exchange wallet, where they were presumably cashed out. This number is significant, for it’s exactly 0.5 BTC more than the 67.4 BTC sent to Dorian’s original account, allowing for transaction fees.

For a guy who was a self-confessed bitcoin virgin in 2014, and who had apparently never sent a bitcoin transaction until five months ago, Dorian seems to have become proficient at coin mixing.

In 2016, Australian entrepreneur Craig Wright claimed to be the creator of Bitcoin and provided disputed code as proof. Bitcoin developer Gavin Andresen further corroborated Wright’s gesture, saying he was “98 percent certain” that Wright was the pseudonymous Satoshi Nakamoto.

But others were quick to disagree, and Wright’s claim drew fierce skepticism from the cryptocurrency community online as well as alleged interest from the FBI. Amid the sudden influx of scrutiny, Wright deleted his post and issued a cryptic apology. “I’m sorry,” he wrote, “I believed that I could put the years of anonymity and hiding behind me. But, as the events of this week unfolded and I prepared to publish the proof of access to the earliest keys, I broke. I do not have the courage.” 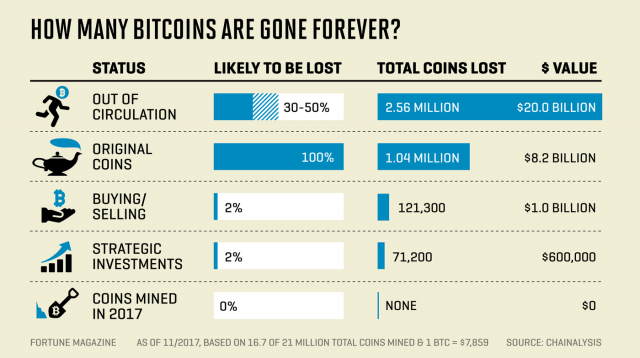 Just as gold bars are lost at sea or $100 bills can burn, bitcoins can disappear from the Internet forever. When all 21 million bitcoins are mined by the year 2040, the actual amount available to trade or spend will be significantly lower because of the amount of missing bitcoins.

Back in 2009, James Howells set an old laptop to mining bitcoin – back before you needed specialised hardware – eventually totting up 7,500 coins. He later broke up the Dell M1710 into parts to sell on eBay, but kept the hard drive tucked away in a drawer in case bitcoin ever did take off. Four years later, he’d forgotten about his horde, and during a clean out, the hard drive was accidentally binned, presumably landing in Newport landfill.

If he had access to his digital fortune, he believes he’d have sold up some of it by now anyway, partially to invest in rival currencies. “Who knows for sure… honestly I probably would have sold 30 per cent or 40 per cent at around $1,000 in 2013 to invest in property and other cryptocurrencies such as Ethereum and kept the rest in bitcoin,” he says. “I know for sure I would not have sold them all because I believe the bitcoin price will be much higher than $10,000 long term. Even $100,000 is a conservative figure.” If that ever happens, his missing bitcoin will be worth $750m – which may well be enough to get Newport Council’s attention.

The Internet Mystery Of Bitcoin puzzle

In 2015, an artist who goes by @coin_artist on Twitter created a Bitcoin puzzle known as “The Legend of Satoshi Nakamoto.” According to its creator, the puzzle consists of a painting that holds the key to a wallet that contained 4.87 bitcoin. Since its creation, a community of Bitcoin puzzle enthusiasts have been anxiously watching the puzzle’s wallet—known as 1FLAMEN6—for signs of activity. At any moment, someone might solve the puzzle and claim the bitcoin.

On November 17, the wallet saw its first activity in over two years—but rather than emptying it, someone had deposited .125 bitcoin, bringing the wallet’s total to a neat 5 bitcoin. The deposit was an unexpected surprise for the puzzle’s creator—and the obsessive community dedicated to solving it—but the circumstances leading to the deposit pointed to a far larger mystery in the Bitcoin world: a network of linked, easily accessible wallets facilitating automatic bitcoin transactions.

According to the hacker who discovered them, these wallets could possibly be part of a Bitcoin siphon that has been stealing bitcoins from a wallet service or exchange for years, kind of like the code in the film Office Space that was supposed to skim fractions of pennies from transactions. On the other hand, it could be something much more innocuous, like a coding error.

“The 1FLAMEN6 bitcoin address is one of the most closely watched addresses in the bitcoin space,” @coin_artist told me in an email. “So when the coins came into 1FLAMEN6 and brought the balance from 4.87 to 5 BTC, it was an exciting day for many of us. And what has been brought before us in regards to this exploit appears to be a giant puzzle.”

Unfortunately, the truth to this mystery will probably never be known. According to @coin_artist, the reason the hacker deposited bitcoin into 1FLAMEN6 was to draw attention to the mystery because they knew it was being watched by a group of puzzle enthusiasts.