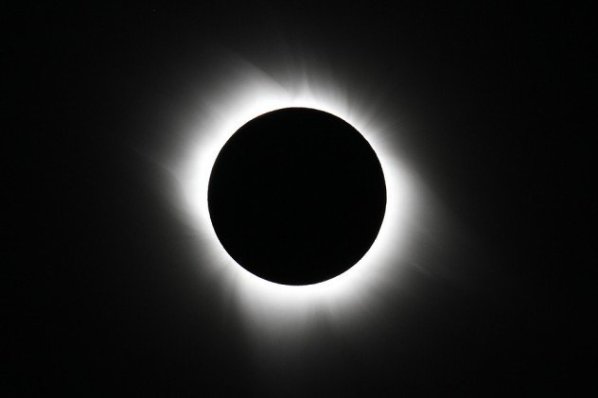 One day in recent history stands out as odd! – On July 11, 1991, a wave of unexplained UFO sightings occurred over Mexico City. The events were witnessed by thousands of people and investigated by the Mexican government. Coincidentally, the UFOs were seen during a total solar eclipse.

During the eclipse, people in Mexico City reported a large metallic disk in the sky. The object was videotaped by multiple people and broadcast on the news. The event was one of the first widely reported UFO sightings in Mexico City, and since that time, the area has become a hotbed of unexplained activity.

The connections between the solar eclipse and the UFOs have caused some to speculate that the aircraft were predicted by the Dresden Codex of the Maya calendar. The calendar identifies the July 11 eclipse as the Sixth Sun of Quetzalcoatl and says it will bring about changes and cosmic awareness.

In 2010, a story appeared on the Internet that suggested the United States was keeping the events of July 11, 1991 hidden from the public. It also suggested that the US government was fighting a secret war against aliens near the continent of Antarctica

So what evidence do we have concerning other strange events on July 11, 1991?

On July 11, 1991, the citizens of Mexico City looked to the sky to see a solar eclipse, but instead many people saw a UFO. Guillermo Arragin, a reporter, and James Maussan, a journalist were videotaping the eclipse when they saw the metallic object. When James showed the Arragin footage on a TV show a week later, thousands of people called to say that they had seen a similar object that same day, and several also sent in videotapes of the UFO. Erick Aguilar also claimed to have seen the object while setting up his video camera to film the eclipse. About sixty miles away at the same time, a businessman named Luis Lara videotaped an object almost identical to the one that Erick taped. The Breton family also filmed a similar object eighty miles away. In this video, there was an odd, wave-like disturbance behind the pulsating disc, possibly an energy trail. Despite being one hundred miles apart, the objects in the videos were very similar. Then, two months later, another sighting of UFOs in Mexico occured during a military air show.

A report circulating in the Kremlin prepared for President Medvedev by Russian Space Forces (VKS) 45th Division of Space Control says that an upcoming WikiLeaks release of secret US cables details that the Americans have been “engaged” since 2004 in a “war” against UFO’s based on or near the Continent of Antarctica, particularly the Southern Ocean.

According to this report, the United States went to its highest alert level on June 10, 2004 after a massive fleet of UFO’s “suddenly emerged” from the Southern Ocean and approached Guadalajara, Mexico barely 1,600 kilometers (1,000 miles) from the American border. Prior to reaching the US border, however, this massive UFO fleet is said in this report to have “dimensionally returned” to their Southern Ocean “home base”.

The fears of the Americans regarding these Southern Ocean UFO’s began, this report says, during the unprecedented events of July 11, 1991 (referred to as 7/11) when during the Solar Eclipse these mysterious aircraft appeared by the hundreds over nearly all of Mexico, even their Capital city. Most notable about the events of 7/11 were that as millions of Mexicans were watching on their televisions the National broadcasts of these UFO’s over Mexico City, the American media refused to allow their people to view it.