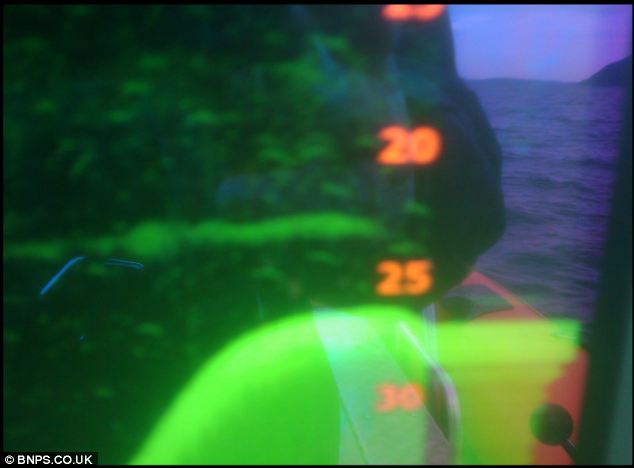 It is one of the greatest mysteries of the deep, and its legend has outfoxed score of investigators over the generations.

Stories, pictures and rumors about a monster living below the surface of Scotland’s deepest loch go back for decades.

But it is now hoped this grainy image of a long ‘serpent-like creature’ may finally unlock the mystery of the Loch Ness Monster.

The mysterious being was recorded at a depth of 75ft in the murky water and measured nearly 5ft wide.

Mr Atkinson’s sonar fish-finder device records the width of objects in the depths directly below his tourist boat every quarter of a second.

Image produced when his vessel was in the Loch’s Urquhart Bay showed a long moving object that had followed the boat for more than two minutes.

The consistent marks on Mr Atkinson’s sonar create a horizontal mass, which is not an indicator of length.

But excited Loch Ness monster experts have ruled out the ‘sighting’ being any other fish, seal or wood debris and believe it is proof of an unknown creature in the Loch.