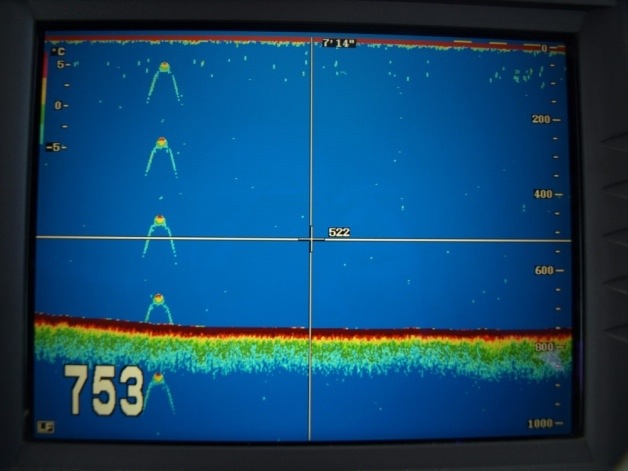 A startling sonar image from the depths of Loch Ness is set to spark further speculation that Nessie may be about to make a long-awaited reappearance.

Captured on underwater scanning equipment aboard a luxury cruise vessel, the reading appears to show a large object in the deep waters below.

The screenshot is set to cause fresh excitement among frustrated Nessie hunters, following a lack of sightings in over a year.

The image was recorded by sonar equipment aboard the Jacobite Queen which is owned by Inverness-based Jacobite Cruises.

“The Jacobite Queen spends every day sailing up and down the loch with the sonar on and this reading is the most unusual we have seen for quite some time.

“It’s impossible to tell what we’ve picked up here, but along with those satellite images, you can’t help feeling that reports of the Loch Ness Monster’s demise may be premature.

“Nessie captures the imagination of people all over the world and, if anything, the speculation around lack of recent sightings has increased that interest.”

Every year Jacobite Cruises’ fleet of luxury vessels carries more than 100,000 passengers on Loch Ness, with the possibility of spotting Nessie adding extra excitement to their enjoyment of the world famous destination’s scenery and atmosphere.

The Jacobite Queen’s sister vessels, the Jacobite Legend and Jacobite Warrior, are also equipped with sonar equipment providing live images from the depths.

Jacobite Cruises recently launched the tongue-in-cheek #NessieToVote campaign to secure a vote for Nessie in the Scottish independence referendum.

They insist that as a great ambassador for Scottish tourism, attracting more than a million people from around the world and bringing £25 million to the economy, the monster should be able to play a part in deciding the country’s future.