Home Space Space – Is Anybody Out There?
UNEXPLAINED MYSTERIES 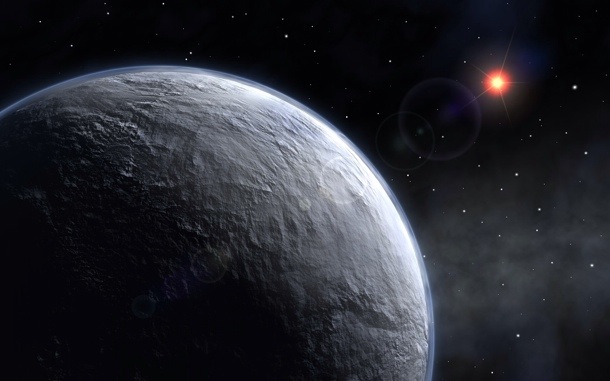 In the 1950’s and 1960’s, space was the final frontier. The battle with Russia had extended throughout the globe and eventually the Cold War made its way to the stars. During this inaugural period of space exploration, the public were enthralled with the idea of what was up there, what existed out in the universe. The United States intended to win the space race at any cost, beating the Red Menace and staking out a claim to new territories, albeit space territories. Over fifty years later, where has the enthusiasm gone? President Barack Obama eliminated the planned moon missions when he came into office. Did anyone really notice? Recently, after a complete structural and mechanical study, the National Aeronautics and Space Administration (NASA) announced the International Space Station would stay in orbit until at least 2024. Was anyone paying attention?

The International Space Station (ISS) is a habitable environment and research laboratory where astronauts conduct experiments in a wide range of scientific fields such as physics, biology and astronomy. There has been a human presence on the ISS since 2000. Currently, there are six members of the crew, two Americans, three Russians, and a Japanese astronaut. Since President Obama defunded the moon missions and the shuttle projects, money has been reinvested into the ISS. NASA determined that the ISS could survive in orbit until 2028. Other countries actively participating in the program have not decided whether they will continue beyond 2020, but the United States will continue alone if Russia and Japan pull out of the ISS.

If you ask people on the streets of any city in America, most would not even know of the existence of the ISS, or that there are human astronauts in orbit. That is a shame. The Cold War may have ended, we landed on the moon, and sent probes to Mars and other deeper recesses of the universe, but that does not mean we should forget about space.

The ISS has a vital role in preparation for any further space exploration. Many challenges of space travel can be examined and studied on the ISS. This will lead to further deep space missions. The experiments in gravity and robotics will usher us into a new era allowing more detailed examinations of the mysteries of space, mysteries too numerous to count.

After the shuttle program was cancelled, the Russians remain the only viable transport for humans to the ISS. However, NASA has contracted with two private companies to provide supplies and other deliveries to the ISS, with an eye towards human transport. The two companies, SpaceX and Orbital Sciences Corporation, fly supplies to the ISS In the near future, NASA hopes to contract with other companies that can ferry human astronauts to the ISS. For now, these companies take cargo and other necessary items to the ISS. On January 12, 2014 a supply ship arrived at the ISS. This mission was originally planned for early December, 2013; however maintenance issues, a faulty cooling system, weather, and a solar storm all pushed the launch date back to mid-January.

Because of this, all of the Christmas presents for the astronauts were late, but still a welcome arrival. In addition to these presents, NASA stored fresh fruit on board, as well as over 800 common ants. This might seem contradictory, but the fresh fruit is a treat for the astronauts and the ants are for experiments. The ants will be placed in compartments to observe their behavior, especially foraging activities, in the low gravity setting on the ISS. Scientists are hoping the results of this experiment will lead to the ability to create smarter robots for use in deep space. This supply ship will be filled with trash and sent back to Earth in February.