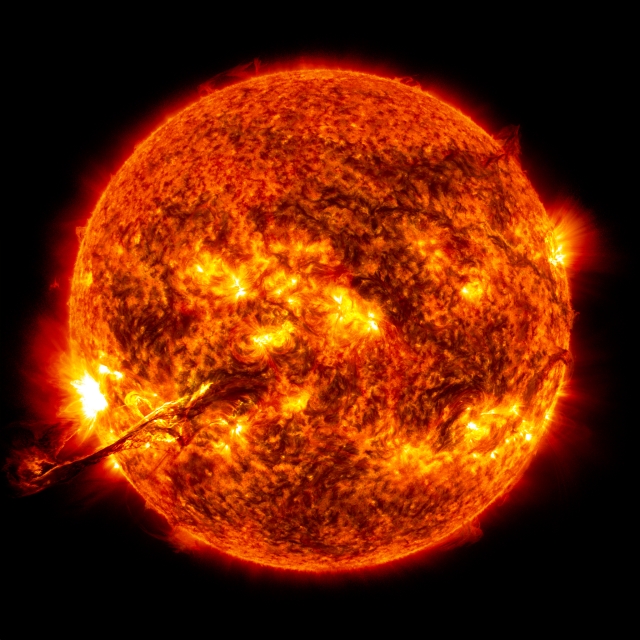 The filament was made of solar material that was ejected from the sun during an intense solar storm on Aug. 31. Flares are caused by increased magnetic activity on the surface of our star, and are becoming more common as the sun approaches a phase of peak activity in 2013.

The filament was spotted by NASA’s Solar Dynamics Observatory, was likely gigantic, scientists say. The spacecraft and other sun-watching observatories recorded an amazing video of the giant solar filament and the solar eruption, called a coronal mass ejection (or CME), that followed.