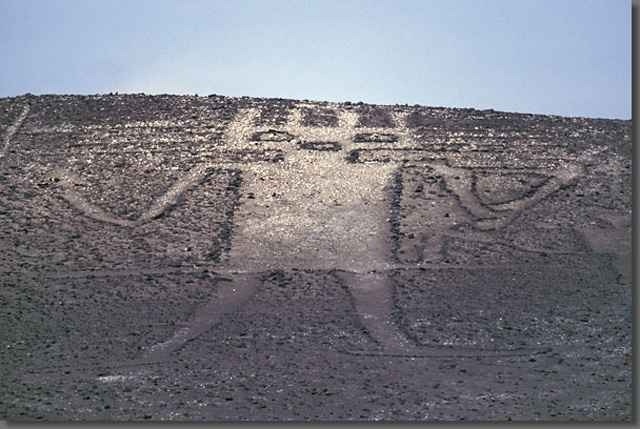 A large, anthropomorphic geoglyph found in Atacama Desert of Chile, the Atacama Man was created sometime between 1000 and 1400 AD and represented a deity to the now extinct inhabitants.

Amazingly, it can still be used as a primitive astronomical calendar for knowing when the moon will set; the four prongs on the top of the man’s head can also denote what season it is by lunar alignment, which was important to the ancient desert peoples who annually waited for the rainy season.