The latest NASA pictures from the Mars Rover have captured a shot of a strange alien like animal on the surface of Mars.

Over the last year, the Rover has been sending great images of the surface of Mars, and this is not the first time an unexplained object has been spotted. 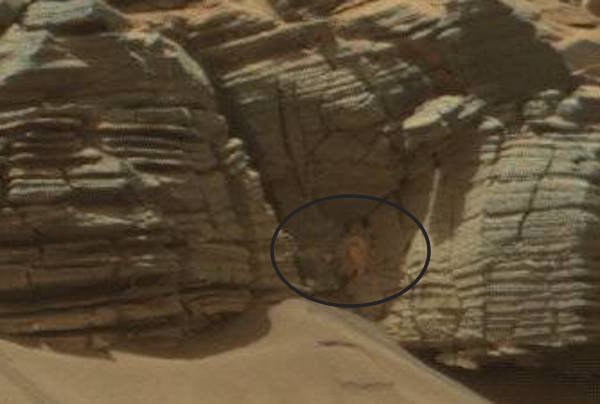 Opinion remains divided about whether the object is just an odd stone formation or a real life alien bug!

Seth Shostak, Senior Astronomer and Director of the Center for SETI Research, said he gets images showing formations such as this one about once a week.

“Those that send them to me are generally quite excited, as they claim that these frequently resemble SOMETHING you wouldn’t expect to find on the rusty, dusty surface of the Red Planet,” he said via email. “It’s usually some sort of animal, but occasionally even weirder objects such as automobile parts. Maybe they think there are cars on Mars.”

He said it’s really just a phenomenon called pareidolia, or the brain’s ability to make shapes out of random objects — like seeing animals in clouds.

“Far from being a vision defect, pareidolia has a lot of survival value if you need to quickly spot predators in the jungle, for instance,” he wrote.